A member of Crew 125 EuroMoonMars B mission stands clad in a spacesuit and helmet in the middle of a barren, red landscape.

He is not, however, on Mars. Instead, he is in the Utah desert as part of a crew working at the Mars Desert Research Station (MDRS). The facility, run by a non-profit organisation, uses surrounding Mars-like terrain to research and simulate exploration of the Red Planet.

“The research station is set perfectly in a landscape that could easily pass as an alien world.”

According to Urban Dictionary (the finest source of American literature) a Red Shirt is defined as: “A character in a science fiction or adventure story whose sole dramatic purpose is to get killed by the story's villain and/or itinerant monster. Taken from the propensity of security officers on the original Star Trek series (who typically wore red uniform tops) to be killed in the episodes' pre-opening-credits teasers.”

When I was young, I wanted to be an astronaut, but I never had the discipline to follow through. At one point, I even wanted to be a scientist, but I barely made it out of high school and later dropped out of college.

Still, despite my Red Shirt tendencies, I have always been attracted to spending time with people who put their minds and bodies to the test. I even married a woman who has three Master's degrees and is working on her Ph. D.

I have also always prided myself on consuming as much science news as possible. To me, the search for tangible knowledge is the fuel of dreams; it’s something that will lead you to life’s adventures.

So, with that said, when I heard about the Mars Desert Research Station in the desert of southern Utah, I knew I had to go.

Travelling through the Utah desert is always a treat. It is a stark and barren landscape, where mankind has not left much of a mark. In many places it is devoid of life.

The research station is set perfectly in a landscape that could easily pass as an alien world. At least on film sets, countless creatures and space travellers have met their fates here.

But the research centre is not about recreating movies: much of the science that takes place on site is based on a simulation of the conditions and environment of Gale Crater on Mars, which the Curiosity rover is exploring.

When I reached the station, I was greeted by a young crew of excited scientists. I am in my mid 30s and I am sure I had 10 years on some of these faces. But they were my heroes, with awesome titles like Commander, XO, Habitat Engineer and Health and Safety Officer.

During the cooler winter months, crews of six scientists (geologists, biologists, engineers and many others) simulate how it would be to live on Mars and how you would be able to do hands-on science on the red planet.

It may be uncomfortable. You only have so much electricity, food, oxygen and water. Everything you need to survive has to either be produced on site or brought with you, and you have to be able to fix it if it breaks down.

You can also only shower every few days and for no more than a couple minutes at a time in order to save water. But despite that, the station did not smell like a gerbil cage.

The Mars Society has been in charge of creating an environment for experts and students to study how science could be done on the red planet. Over the last 10 years, 32-year-old geologist Melissa Battler has spent over 200 days living and working in a Mars simulation either in the desert of Utah or on Devon Island in the Arctic.

She was the crew commander on the mission I spent time with, leading a team through a geological study of rock formations, which are very similar to ones found on Mars.

It’s her research and others like her that could pave the way for us to make the leap away from this planet. But it takes serious dedication. Over the past 10 years, she has worked an average of nearly three weeks a year in a space suit mock-up, trying to do her job.

Geologists rely on their sense of sight, touch and even taste to unravel stories from stone. So imagine trying to do that job with three or more senses taken away!

But it’s this type of dedication I found in all of the crew members on site.

There are guys there like Matthew Cross, whose background is in engineering and who is studying how to make rovers work alongside man during missions.

Could his work bring R2D2 from Star Wars to life on a distant world? Who knows… 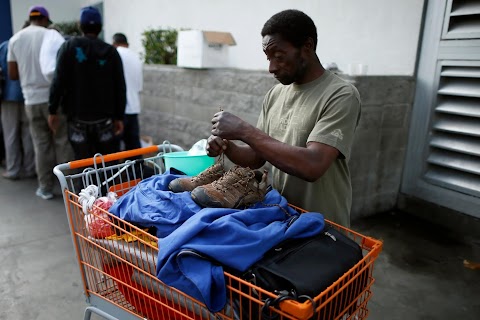 A home on the street 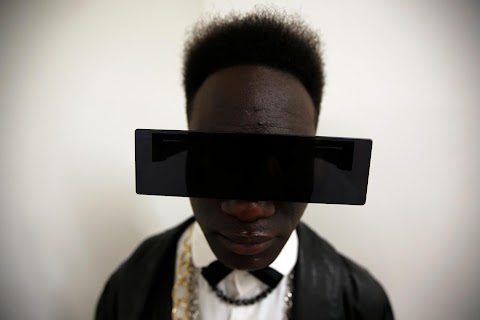