The supermoon, a celestial phenomenon when the moon appears especially big and bright, is a visual delight in itself. But when combined with fireworks it creates a spectacle that is truly magical.

Reuters photographer Darrin Zammit Lupi captured the dramatic sight in the Maltese town of Mosta, where locals set off fireworks to celebrate the Feast of the Assumption of Our Lady, lighting up the sky around the glowing moon.

"It was as if these pictures came right out of the television - exploding stars and planets, supernovas…"

Having missed the opportunity to photograph the supermoon in July, I was determined not to do so again for the big celestial event on August 10. I spent a long time researching locations and angles to get a dramatic picture, and settled on the iconic cathedral in Mdina, Malta’s ancient capital city.

Using a newly-purchased iPhone app, I could work out precisely where and when the moon would appear between the church steeples and the best position to photograph the moment.

As the appointed time drew nearer, I began to feel nervous – what if I hadn’t used the app properly and messed up the calculations? I joked to a photographer friend, who had joined me for the evening, that if I got it wrong I might actually transform into a werewolf (part of my surname, Lupi, is the Italian word for wolves).

I heaved a huge and very audible sigh of relief as I spotted the rim of the moon appearing bang on cue and precisely where it was supposed to.

I took my pictures using a 400mm long lens and 1.4x extender mounted on a sturdy tripod and I shifted position slightly as the moon climbed higher. When it was too high to photograph, I packed my gear and headed back to the car. It had been a long, hot day and I wanted to grab a snack and drink while filing my pictures, so we headed towards Mdina, but couldn’t find a parking spot.

I knew a good café in a nearby town but we arrived to find it closed. Unwilling to delay any further, I parked outside the café and quickly edited and filed what I thought were the best couple of images.

That done, I figured I should call it a day and drop my friend off home. I had a couple of route options and luckily, I chose the more complicated of the two. We drove past the town of Mosta, close to a field where villagers were launching fireworks to celebrate the local feast day of Our Lady of the Assumption, which falls on August 15.

From a fleeting glance, it seemed nice, but I figured the firework displays would continue for the rest of the week so I could always come back the next day.

I kept my eyes on the road as the car shook from the blasts of the explosions. A second fleeting glance changed everything. “The moon!” I yelled to my friend over the cacophony of bangs; the fireworks were exploding directly in front of it.

We had a hurried discussion about whether to stop, but there didn’t seem to be anywhere to park and traffic was building up. I headed down into an adjacent valley, looking for a good spot away from the crowds where I’d be able to set up and shoot.

That didn’t work out, so we drove back up to the main road and parked at a bus stop. It was late, so hopefully there wouldn’t be any buses. Carrying lots of heavy gear, we ran, panting, to a good spot from where we could photograph the moon behind the fireworks.

Viewing the moon through the 400mm lens surrounded by the fireworks’ multitude of colours was unlike anything I’d ever seen before.

Knowing the exposure would be tricky, I shot the images in RAW format to give me a bit more flexibility, should I need it afterwards. I played with some different exposure combinations to see which gave the best results, and was instantly stunned by what I managed to capture. The images looked unreal.

I had been watching the 1970s TV show “Space 1999” as well as my “Star Wars” DVD set, and it was as if these pictures came right out of the television - exploding stars and planets, supernovas, the moon drifting through clouds of interplanetary cosmic dust and gas in space.

I was on a high. This was so radically different to the pictures I usually take that I couldn’t get enough of it. We quickly forgot that we had been thirsty and famished.

Later that night, I stayed awake until early hours, editing. Looking back at the sequence of events, if I’d managed to find a parking spot outside Mdina, if the café had been open or if I’d driven down one road and not the other, I’d have missed what has been my most enjoyable and successful shoot this year and I’d be none the wiser. Serendipity can be a beautiful thing when it works out well! 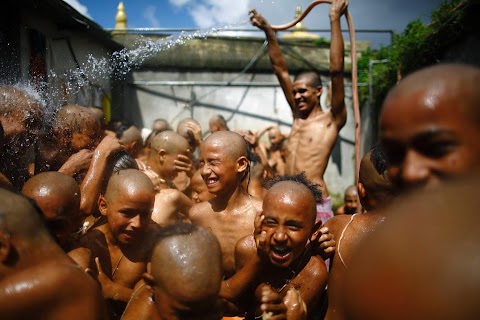 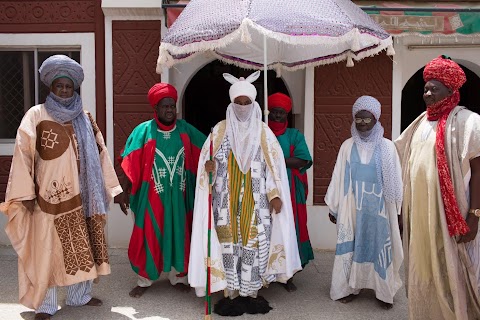 The emir of Kano