“SLOW DOWN” says a sign in the water between islands in the archipelago of San Blas, off the coast of Panama. But there’s no halting the force that continues to bear down on them - the ocean itself.

Rising sea levels caused by global warming and the destruction of coral reefs have combined with seasonal rains to flood the islands for days at a time, and their old inhabitants are now moving to the mainland.

Every rainy season, the Guna people living on the Panamanian white sand archipelago of San Blas brace themselves for waves gushing into their tiny mud-floor huts.

Rising ocean levels caused by global warming and decades of coral reef destruction have combined with seasonal rains to submerge the Caribbean islands for days on end.

Once rare, flooding is now so menacing that the Guna have agreed to abandon ancestral lands for an area within their semi-autonomous territory on the east coast of the mainland.

"The people know this isn't normal," said Francisco Gonzalez, 38, the school principal on Carti Sugdub. "When the water comes in, they can't do anything but wait."

It is the largest of the Guna's 45 inhabited islands, and its planned evacuation is among the first blamed largely on climate change. Scientists say worldwide sea levels have risen about 3 millimeters (0.12 inch) a year since 1993. Recent research suggests they could rise as much as 2 meters (6.5 feet) by 2100.

The phenomenon threatens low-lying communities around the world. Central America, a strip of land between two oceans, is particularly vulnerable. In western El Salvador, rising tide has swallowed up at least 1,000 feet of mangroves separating residents of La Tirana from the Pacific.

"It's another example that climate change is here, and it's here to stay," said Hector Guzman, a marine biologist at the Smithsonian Tropical Research Institute in Panama.

The Guna have accelerated change by mining surrounding coral reefs to build up the islands. From 1970-2001, nearly 80 percent of the peripheral coral disappeared as the Guna population more than doubled, Guzman and other Smithsonian researchers found.

They say the dilemma faced by the Guna is a harbinger of what might happen to other low-lying lands protected by reefs. The greenhouse gas carbon dioxide makes oceans more acidic, killing off coral.

In April, Guna leaders signed a resolution agreeing to move, saying, "Climate change will sooner or later affect the islands... it's our responsibility to prevent a catastrophe."

Some Guna are resisting. One of Latin America's most independent and politically active indigenous groups, the Guna rebelled against Spanish conquistadors and Panamanian rulers, and they have lived on the islands for decades.

In Carti Sugdub, residents say they're ready to go.

"The children get sick. The trash flows in the street," said Laura Sanchez, a 53-year-old teacher dressed in the bright colours for which Guna women are renowned. "We've had enough."

The overpopulated island is also running out of space. Families squeeze up to 15 people into huts measuring barely 5 square meters (54 square feet), sleeping side by side in narrow hammocks.

The Panamanian government has agreed to help fund the relocation. But progress has been slowed by bureaucratic struggles and a lack of resources. The mainland's thick jungle, home to dengue and malaria, must be cleared.

Leaders are also pressing for better-planned communities for the largely impoverished Guna, with the running water, electricity and plumbing that many currently lack.

"People thought this was going to happen really quickly," said Blas Lopez, secretary of the Guna General Congress. "But this is a massive undertaking," he added, noting it would take about a decade to settle all 65,000 Guna inland.

Carti Sugdub residents are expecting to leave in late 2014. On the mainland, construction is set to start on a school that would include a gymnasium and two soccer fields - which school principal Gonzalez said could bring other benefits.

"Maybe we could finally win a game if the kids have space to practice," Gonzalez said. 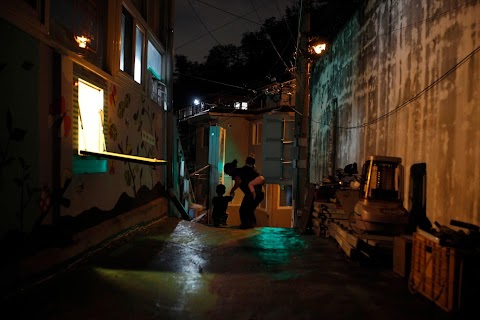 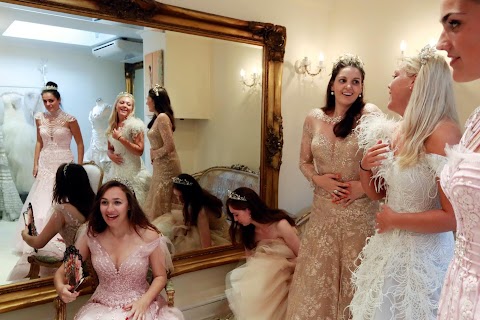 The belles of the ball