The door where this ceramic dog stands guard is no ordinary home. Rather, it is part of an abandoned building on the outskirts of Rome, where around 140 families have been living as squatters, mostly because they cannot afford to pay rent. The situation is not uncommon: an estimated 2850 properties are inhabited by squatters in the Italian capital, where the population is feeling the harsh effects of austerity measures imposed by the government to curb the country's massive debt.

Squatters of Rome scrape by at the margins in Italy's crisis

When Mariangela Schiena moved to Rome from southern Italy 11 years ago, all she hoped for was a simple life, with a roof over her head and a home where she could start a family.

After she and her 28-year-old boyfriend Henok Mulugeta lost their jobs in shops six months ago in Italy's economic slump, she decided there was only one way to achieve her goals: move into a squat.

"Everything was getting more expensive, not just bills, and we couldn't make it to the end of the month," said Schiena, 31, as she shivered near a portable heater in an abandoned public archives building on the outskirts of Rome.

"The first night that I slept here, I woke up in the morning and thought: how nice! I don't have to pay rent anymore. I don't have to worry about not being able to make ends meet."

In this harsh climate, Rome City Council says it knows of about 2,850 properties that are illegally occupied by squatters in the capital but is reluctant to give detailed comparisons with previous years. A spokeswoman said only that authorities evicted squatters from 176 properties in 2011, up from 157 in 2007.

Schiena said she was initially sceptical about looking at the kind of improvised accommodation which was previously used by only very desperate groups such as illegal immigrants.

She and her Ethiopian partner Mulugeta share the rambling maze of corridors with 140 families, mainly immigrants from countries including Tunisia and Ecuador. They said more and more people were joining squat meetings and protests in recent months and asking to move in.

Noisy neighbours, thin walls, leaking ceilings and shared bathrooms have been among the hardest things to get used to, they said, but the communal atmosphere also has benefits.

"You don't have to worry about going hungry," said Mulugeta. "People check up on their neighbours and help each other out if they need something."

There is a children's playroom in part of the building, a large hall for parties and assemblies, cleaning rotas for the toilets and decorated Christmas trees in the corridors.

Schiena and Mulugeta have spent money earned from one-off cleaning jobs to furnish their sparse room with kitchen appliances, shelves and a double bed. They even have a television, a Sky subscription and a video games console.

Though they will not be taking part in upcoming elections, the couple did hope for a shift to a left-wing government who would be sympathetic to the difficulties faced by younger generations.

"I heard something about Italy coming out of the crisis. But all my friends are losing their jobs from one day to the next, I don't think this crisis is over," said Schiena.

"We just want a simple, tranquil life, to raise a child. But my fear is that things won't change, and I will not be able to live the life that I wanted." 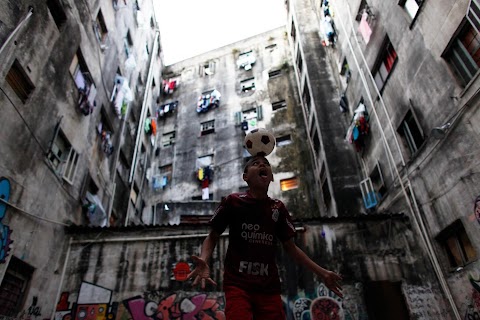 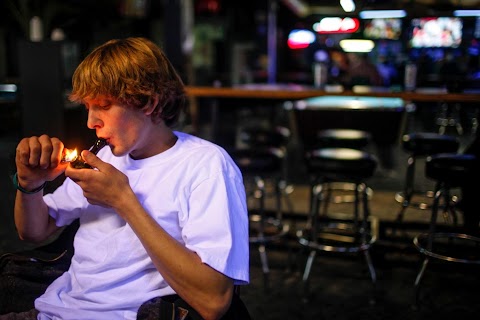