Brazil is Latin America’s largest economy, the future host of the 2014 World Cup and of the 2016 Olympics. But it is also a country that suffers from extreme violence: some half a million people have been killed there over the last 10 years, according to the charity Rio de Paz.

To highlight the enormity of this number the NGO set up an installation of 500,000 beans - one for each death - spread out over a huge area of red cloths.

"Every day we heard stories about young neighbours who had bad luck or made bad choices and ended up in jail or were killed by the police."

Rio de Janeiro is a truly diverse city, where people from all sorts of backgrounds and economic classes live side by side. At the same time, many of its slums, or favelas, are the strongholds of drug gangs who operate openly, carrying high-powered weapons out on the streets.

Despite this violent background, the mix of races and social situations in Rio is the beauty of our city. Out on the streets we are all just people, and our friendships are as diverse as the city itself.

Having been raised in a typical neighbourhood, I’ve had my share of sad experiences from violence, mostly in my adolescence when I lost friends who got involved with criminals, or when I saw some wonderful people losing themselves to drugs.

Every day we heard stories about young neighbours who had bad luck or made bad choices and ended up in jail or were killed by the police. Sometimes these stories were about close friends who I grew up side by side with.

The conflict in Rio is about drugs and money. Gangs battle for the control of markets in the favelas, which for the record are poor neighbourhoods, mostly filled with good people. There, with their weapons and the absence of state, they create their own rules.

But the drug gangs are not the only ones who capitalise on slum dwellers’ fear. Militias, or paramilitary groups, charge the residents for security and basic services like transportation, cable TV, and bottled cooking gas.

Covering this conflict is very dangerous, and photographers have to be aware of everything happening around us. The goal is to keep ourselves safe in the middle of shootouts between police and traffickers. We use safety equipment and are cautious, taking one step at a time. In many of the slums, we are not able to get in at all, and the police can only patrol inside armoured vehicles.

Lately Rio's state government has started a programme called UPP (Peacekeeping Police Units), which permanently bases policemen inside the slums. It starts with a big operation to expel the traffickers from the favela and end their power over residents. The program is also working in upscale neighbourhoods, such as those near the venues of the 2014 World Cup and the 2016 Olympic Games, as well as in some favelas, which have been identified as the most dangerous.

The program seems to be going well in some places, but in some others, drug bandits have managed to remain hidden and continue to challenge the police. They still distribute drugs in back alleys and often confront the police with guns. The worst situations now are in Rio de Janeiro's furthest outskirts where many traffickers from the pacified areas are moving and entering into battles with existing drug gangs for control of their turf.

After losing some of their main markets, drug dealers have begun selling crack, the worst drug I have ever seen. Crack is so terrible that even traffickers used to forbid the sale of it because the addicts caused such serious problems, like an increase in assaults and degradation in neighbourhoods. Now, big areas of Rio de Janeiro's outskirts should be avoided at all costs. In such places you can see how a drug can devastate human beings and turn them into real-life zombies.

During recent years we have sadly lost colleagues covering violence. My first photo editor was kidnapped by the leaders of a militia while he was living inside a favela to work on a story about the life of its residents. He and his team, a writer and a fixer, were tortured and left along Avenida Brasil, Rio’s main access highway. The bandits were arrested and a big police push against the militias began. The editor, who survived, has since been living in hiding, far from the city and from his friends and relatives.

During this past year, a cameraman from a local TV network, Gelson Domingos, was shot dead while covering a police operation in Antares slum. He was following the policemen and stepped out from behind a tree to film armed bandits during the shootout. He was safe behind a wall but then he followed a police officer to a closer spot and took one more step to film the traffickers. That was his last step. 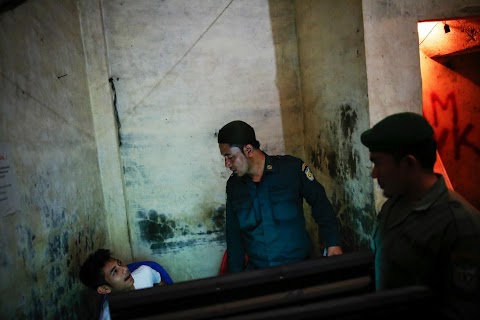 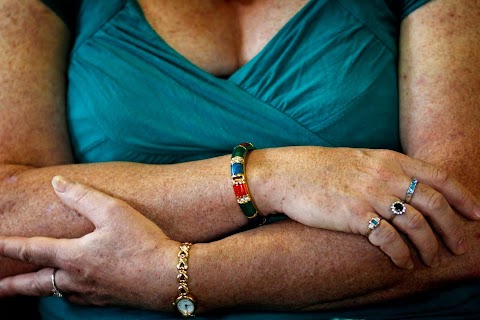