Brazil's worst drought in 80 years has left the Cantareira system, which provides greater Sao Paulo with most of its water, with the lowest water levels on record.

When seen from above, the reservoir’s Atibainha dam looks like a ghostly face looming out of the landscape.

"This is Mother Nature screaming for help."

Words can’t transmit what it feels like to view a landscape as bleak and disturbing as the one in this photo.

In the four years I’ve lived in Brazil I’ve seen many extraordinary and terrifying things, but the current drought surrounding Sao Paulo for the past nine months surpasses all. Without rain, the reservoirs that provide South America’s largest city with water are at their lowest level in decades.

As I rode in the helicopter to take this and other aerial photos, it was only after landing and opening the image on a computer that I noticed the real message – that of a woman in panic as in Edvard Munch’s painting "The Scream." For me, this is Mother Nature screaming for help.

Last year was my "Amazon year", when I worked on a major photo project through several visits during different seasons. That project was about the cutting of the forest and its effects. It appears that this year-end and on into 2015 we’ll be following this related story - the drying out of Sao Paulo.

In many of the city’s neighbourhoods, especially in the poorest, there is a lack of water every day now. The city of Itu in the interior of the state, where I traveled to a month ago, has been living with dry faucets since January. Water is distributed in tanker trucks and the residents queue up to receive a ration in buckets and jugs.

While authorities discuss ways to deal with the crisis, scientific studies demonstrate that the drought is indirectly related to the deforestation of the Amazon. The logic is simple: fewer trees mean less evaporation and less precipitation.

The World Cup and recent elections managed to distract the attention of the population away from the looming problem. They also seem to have kept the state’s institutions busy with little attention paid to this pending disaster. 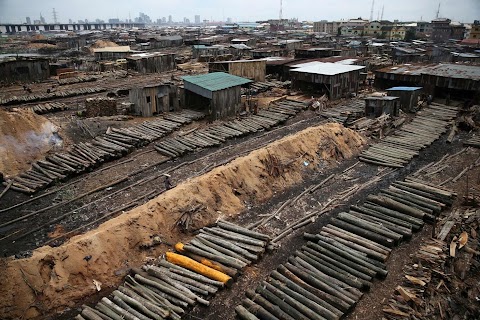 Bird flu on a duck farm