The Boxing Academy of Garrido, founded by Brazilian former pro boxer Nilson Garrido, adopts primitive training equipment that he developed himself during his years as a coach.

Locals like aspiring boxer Chibata use truck shock absorbers, plastic containers or heavy rocks as part of their workout.

“I caught glimpses of life under the city’s many highway viaducts.”

On some of my first trips around Sao Paulo after moving here, I caught glimpses of life under the city’s many highway viaducts, whether it was of people storing recyclable waste or even living under the bridges. I refer to my roaming excursions in this city as “trips,” because this massive city of nearly 20 million inhabitants is a world in itself.

One day, as I gradually widened my geographic range and knowledge of my new city, I spotted people practicing sports under one bridge. It was a brief view but long enough to register in my mind. So when I read soon after about a boxing school under a viaduct and went to search it out, I realized immediately it was the same one I had spotted that day.

Under the bridge I met former pro boxer Nilson Garrido, the founder and owner of the school. Six years ago Garrido started a project in which he created several boxing academies under the viaducts of Sao Paulo. His goal was to take the sport to the poor and marginalized population.

The Boxing Academies of Garrido uses primitive training equipment that he developed himself during his years as a coach; plastic containers turned into punching bags, heavy rocks used for weightlifting and abdominal workouts, vehicle motor shafts for exercise bars, truck tires as weights for resistance training.

Today Garrido manages and lives in the academy under the Alcantara Machado viaduct, part of which receives donations of more modern sports equipment, and where they are developing other activities besides boxing, such as gymnastics, skating and biking. The ring is located under a section of the overpass that doubles as a parking lot.

One day, as I sat ringside waiting for the arrival of present and future athletes, Gorilla and Talent appeared. Those are the nicknames of two normal, simple people who practically live there with their enormous desire to grow into boxers.

The effort these athletes put in with the primitive training methods is fascinating. I could feel the fatigue resulting from their incredible effort, their sweating bodies, and their jolts of adrenaline.

Others whose situation touched me were a student named Laercio and his trainer Mauricio. Laercio almost never spoke, but when Mauricio arrived they had long conversations before and during the session.

One day I put my camera down ringside and spent the time listening to them carefully. Laercio arrived to train and Mauricio fired a question at him. “What is the greatest conquest?”

Laercio looked at him without responding, so Mauricio answered his own question. “The control of your emotions,” he said. Laercio never stopped looking at his mentor, who continued the questions.

“Who is your greatest adversary?”. More silence.

“We, ourselves,” responded Mauricio. “Training is our best medicine. This is the present. The future is in our imagination.”

Silence again, and Mauricio said, “Start with the mirror and confront yourself first.” That’s when I realized that Mauricio’s phrases weren’t only about sport, but rather about training for life itself. 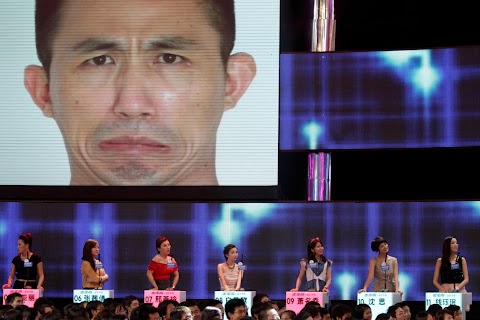 The dating game in China