Humberto Alvarez is a Catholic priest who has found an entertaining way of attracting a younger generation of faithful to church.

When he conducts children's mass, Alvarez wears a robe featuring Superman and Batman cartoon characters and uses a water gun to bless the congregation with holy water. He later slips back into his regular robes when officiating mass for adult believers.

"There is no question that the mass was good fun, sometimes I ended up glued to my seat as if I were at the cinema!"

Humberto Alvarez might not be an actual superhero, but he is certainly a man who makes a difference.

He first became a priest 14 years ago, and 11 years later moved to the city of Saltillo, where he began working in a church. After he arrived, more people started coming to the chapel and nowadays it is packed during services.

What’s the attraction? Well, it might have something to do with the pictures of superheroes that Alvarez wears printed on his gown when he performs mass for children…

Alvarez doesn’t just use the images so that the children have something fun to look at when they come to church. To him, superheroes aren’t just pictures; they are a way to get kids to understand the real messages of religion.

Take Superman, for example. Alvarez says he wears the hero’s image as a reference to the actor Christopher Reed, who played Superman on screen but later ended up paralysed in a wheel chair. Alvarez uses the example to say that the mission of all individuals is to bring out the best in ourselves, just like Reed did. No one remembers him as an invalid, they remember him as the Superman who helped the whole world and took care of other people.

He talked about Batman too. Just like the Dark Knight from Gotham, said Alvarez, we all have the instinct for vengeance inside us. We shouldn’t try to destroy this vengefulness, but to control it and channel it for the forces of good.

Alvarez’s playfulness doesn’t stop with superheroes. When officiating mass for children, he uses a water pistol to dispense holy water. The idea is to shower them with blessings in a way that is fun and a bit unconventional, and to break down the formal image of the church.

There is no question that the mass was good fun, sometimes I ended up glued to my seat as if I were at the cinema! Alvarez opens up the service to believers in all sorts of ways, asking questions to the faithful and letting them participate.

In my personal opinion, innovations like this can be a very good thing. Alvarez doesn’t change what the Bible says, but he does change the way of sharing it. In the end, the message that his mass transmits is about how to be a better person.

I don’t know that much about the priest, but this much seems clear to me: he works hard to make sure that when his congregation goes home, they bring back a message of peace and union. 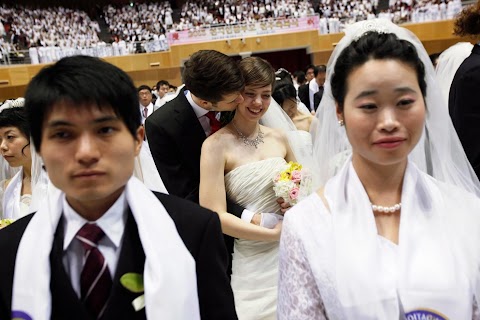 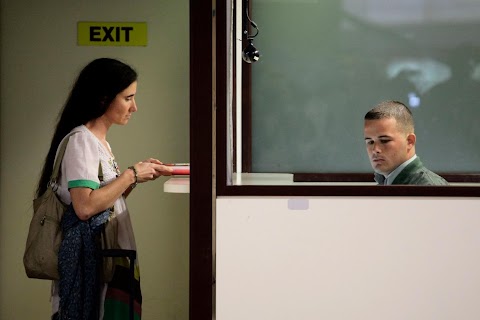