U.S. Secretary of State Hillary Clinton checks her PDA upon her departure in a military C-17 plane from Malta bound for Tripoli.

"You never really know when your pictures will resurface."

On a secretive trip by Secretary of State Hillary Clinton to Tripoli, only days before the capture and killing of Libyan leader Muammar Gadaffi, I photographed Clinton aboard a C-17 transport plane. She was wearing dark sunglasses while texting from a makeshift desk she was working from. Okay, nice image I thought, but we were about to land in Tripoli which was certain to yield the images that the world would really want to see. Initially yes. But that was last October.

In the past week, that image of Hillary texting on the plane has gone viral thanks to a tumblr.com blog called “Texts from Hillary” which used my image, along with a similar one from photographer Diana Walker, for a meme which according to the creators of the blog resulted in “a week that included 32 posts, 83,000 shares on Facebook, 8,400 Twitter followers, over 45K Tumblr followers, news stories around the world.”

The blog went so viral, that the creators of the tumblr blog, Adam Smith and Stacy Lambe were invited to the State Department where they met with Secretary Clinton who according to Smith found the site much to her liking. The icing on the cake was having their photo taken with Clinton as they all texted.

Alas, all good things must come to an end. Yesterday, Smith and Lambe announced on the blog

As far as memes go – it has gone as far as it can go. Is it really possible to top a submission from the Secretary herself? No. But then when you get to text with her in real life – it’s just over. At least for us. But we have no doubt it will live on with all of you on the Internet. The site will stay up but we won’t be posting anything new here.

So photographers, you never really know when your pictures will resurface and what use they will be to someone out there. For a week anyway, this photo used on tumblr.com provided some laughs for its readers and a lot of emails to me from colleagues, friends and family. 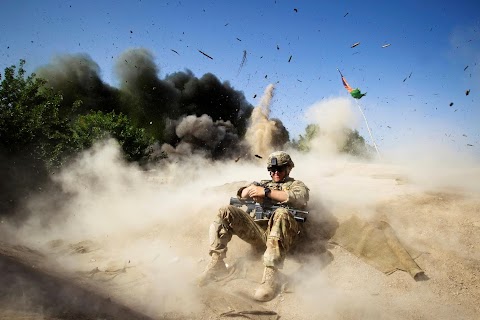 In Afghanistan with the 82nd Airborne 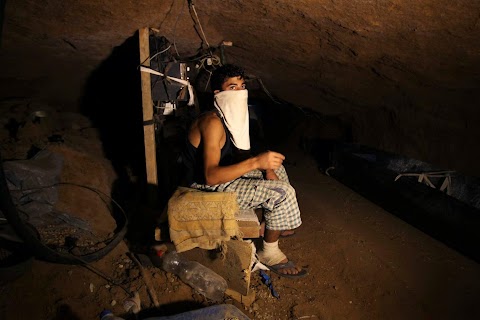