“E pluribus ludum”, “Out of many, a game,” proclaims the coat of arms displayed at the office of Mojang, the small Swedish company behind the hugely popular video game Minecraft.

The game has sold 20 million copies and Mojang had a turnover of more than 1 billion crowns ($155 million) last year. But despite its serious success as a business, the look of its office in Stockholm is all about playfulness.

Spotify, Mojang and Wrapp, respectively music, games and gift services winning online markets worldwide, are among tech start-ups that have made Sweden Europe's hottest spot for investors hunting the next big thing.

Attracting more venture capital relative to the size of its economy than any of its European neighbours over the past five years, Sweden is benefiting from a strong heritage in design and engineering as well as a wired population keen for innovation.

Par-Jorgen Parson, partner at Nordic venture capital firm Northzone and a board member at Spotify, the Internet streaming juke box service, used to have to twist arms to get his American counterparts to fly in to meet Swedish start-up entrepreneurs.

"Now, they schedule that regularly, no problem whatsoever," Parson, whose credentials also include playing in a heavy metal band, said in at his offices in downtown Stockholm.

In the first three quarters of 2012, data from the European Private Equity and Venture Capital Association show Sweden took in almost a fifth of all venture capital invested in the European Union, only just trailing Germany in absolute terms.

Its track record includes open source database MySQL - sold to Sun Microsystems in 2008 for $1 billion - and business intelligence software firm QlikTech, which listed on the NASDAQ in 2010 and is now worth almost $2 billion.

Investors and entrepreneurs say that Sweden's deep engineering roots, its savvy, Facebook-obsessed population and sleek design sense are helping it win the battle for venture capital in Europe.

Many believe the long, dark winters may actually boost productivity as developers and programmers are more likely to stay indoors, though a common complaint is that attracting overseas talent is harder than getting them to hot spots like Berlin or London.

That has helped businesses such as social media gift voucher provider Wrapp prepare to tackle a far bigger U.S. market, where it is now growing rapidly, signing on brands including Gap and Levi Strauss.

"Sweden is a test market, not home market," said Wrapp's Chief Executive, Hjalmar Winbladh, just home from a near 20-hour commute from a second office in the Silicon Valley.

Winbladh likens Sweden's success with tech start-ups to what he calls the "Bjorn Borg effect" on the country's tennis courts. Borg dominated world tennis in the 1970s, inspiring a decade of young tennis players such as Mats Wilander and Stefan Edberg, who both won several grand slam titles.

Winbladh, who sold Sendit - a developer of mobile internet application server platforms - to Microsoft in 1999 for 1.3 billion crowns ($200 million) cash, is himself inspiring young innovators.

A handful of start-ups crowd into cubicles in the brightly lit, buzzing Wrapp office space.

Other hot Swedish start-ups include Klarna, an online retail payments firm, and iZettle, which sells a device that allows for credit card payments on mobile phones and has backing from the likes of Greylock Partners.

Swedish investments have a history of paying off. Northzone says Sweden alone has produced more than one-third of the returns in the European market in the past decade, far higher if one includes Skype, which many countries lay claim to.

Kotting points to the success of QlikTech: "It went global and was probably the largest venture return in European history. It returned $400 million on a $17 million investment."

He believes half the traffic for big online companies will come from mobile phones this year, and expects Swedenwill fare well in the shift away from desktops.

But some Swedes don't even need help.

The 25-person staff at Mojang, makers of the popular video game Minecraft, can often be found playing pinball, board games or Lego at their plush Stockholm office.

Mojang, with a turnover of more than 1 billion crowns ($155 million) last year, has never had any external financing.

It has had takeover approaches from nearly every major gaming firm in the world and even Sean Parker, one of Facebook's earliest investors, has tried courting them, flying the founders to London for a party.

"They are just huge, and they are 25 guys having such a good time doing what they are doing, and they don't even have to bother about investments," Zennstrom said. 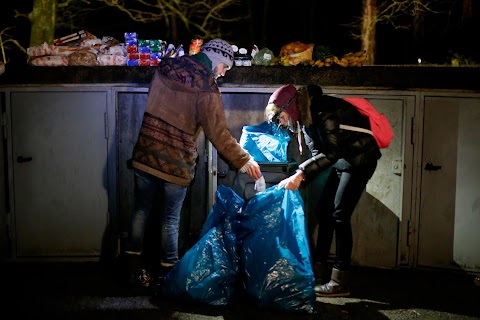 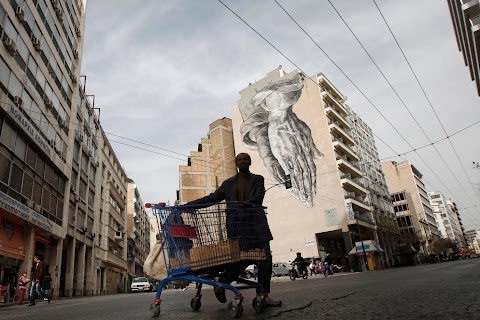