Ronnie Chambers Jr. stands in front of his father’s coffin, as his mother collapses beside him in grief.

The young boy's father, Ronnie Chambers, died after being shot in the head as he sat in a parked car on Chicago's West Side. He was the last of four siblings who have now all been killed by Chicago gun violence.

Shirley Chambers of Chicago had four children - three boys and a girl. Now they're all gone.

Her son Ronnie Chambers was killed in January. He was the last of the single mother's children - all victims of gun violence in Chicago over a period of 18 years.

"I was in shock, truly, because I'm just knowing that Ronnie's going to grow up and be an old man. That was in my heart," said Chambers, 54.

The loss of four siblings to the same fate illustrates the depth of Chicago's stubborn gun violence problem and the city leaders' struggle to bring it under control.

In the national debate over curbing gun violence in the wake of the Newtown school massacre, in which 20 first-graders and six adults were killed, Chicago's plight stands out. Murders, mostly committed by guns, topped 500 in 2012 for the first time in four years - even though Chicago has some of the strictest gun control laws in the country.

During the first 30 days of 2013, America's third largest city has seen 157 shootings and 42 homicides. The dead included Hadiya Pendleton, a 15-year-old girl who had performed with her school band at President Barack Obama's inauguration last week, and Ronnie "Scooby" Chambers, 33.

Chambers, a music producer and former gang member, had attended a "listening party" for an artist he was mentoring, his mother said in an interview.

Afterward, Ronnie Chambers was sitting in a parked car on the city's West Side after 2 a.m. on January 26 when someone opened fire, striking him in the head and killing him. No suspects are in custody, and police say the investigation is ongoing.

Chambers raised her four children in the city's notorious Cabrini-Green housing project, featured in the 1970s sitcom "Good Times" and known nationally for its problems with gangs and drugs. Most of the buildings have been torn down in recent years for redevelopment.

Chambers now lives in one of the newer apartments built in the neighbourhood. Sitting in her living room with her sisters, sharing photos of her children, she was soft-spoken and seemed slightly dazed by grief.

Chambers remembered taking her children to the zoo and watching them ride their "Big Wheels" tricycles. "They were very happy kids," she said.

But as the children got older, it was harder to keep them safe in a world ruled by violence. "I couldn't keep them close to me anymore because they was big now, you know, and they go places," Chambers said.

In 1995, Chambers' son Carlos, 18, whom she described as a "very bright, outgoing young man" who was good at math, was shot dead while walking in Chicago's South Loop.

The next child she lost was Jerome, 23, "handsome" and "respectable," who was shot and killed in April 2000 outside of a Cabrini-Green housing facility. He had just secured a job in construction.

Just three months later, a 13-year-old boy shot and killed her 15-year-old daughter LaToya steps from where Jerome died. "LaToya was so cute," Chambers recalled. "She had the prettiest smile. She was just everything to me."

Ronnie Chambers, an artist who loved banana shakes and onion rings, had spoken publicly about his past in a gang.

But Shirley Chambers' sister, Dorothy Wayne, bristled when Shirley Chambers was asked about her son's criminal past. "In his 34 years on earth, there was nothing he could have done to make them blow half of his face off," Wayne said. "Nothing. Nothing. He didn't deserve it."

Shirley Chambers said her son was trying to turn his life around after experiencing the death of his siblings and seeing other violence in Chicago.

That was his intent when he took Chicago rapper and gang member YK, short for Yung Killa, under his wing and spoke about his gang past during an appearance on 'The Ricki Lake Show' in December.

"He's got unbelievable talent," Ronnie Chambers said on the show. "I'm just trying to keep him on the right track."

Ronnie Chambers' murder happened just three blocks from St. Agatha Catholic Church. Parish priest Larry Dowling said he has been trying to reach out to the family to help.

"My experience with the neighbourhood, it's really the lack of jobs, the lack of education and skills for the few jobs that are out there, the woefully inadequate public school system, and I just think the overall justice system," Dowling said. Those who have trouble with the law, he said, are hard pressed to find jobs once out of jail.

Although Chicago has some of the toughest gun control laws in the nation, Dowling says the lack of effective control - including tracking who purchases guns - contributes to the violence, as does domestic abuse.

Chambers said her children were victims of circumstance, caught in the wrong place at the wrong time. These days, she counts on her faith in God and support from family and friends to encourage her.

She broke into tears talking about how hard she worked to take care of her children, and said she'd like to help other mothers who have lost their kids to violence. She said she'd like to reach out to Hadiya Pendleton's mother, to comfort her.

"To have to bury all your children, all of them, it's hard," said Chambers. "My life will never, ever be the same again." 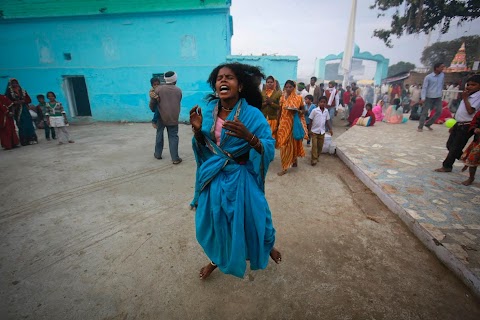 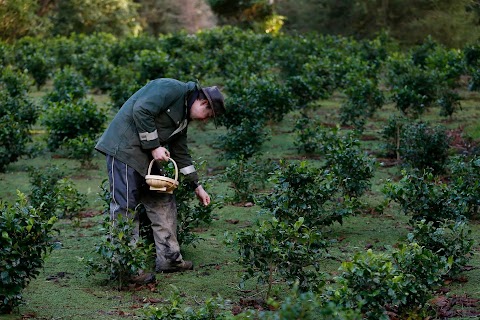