The San Fermin festival sees runners in red scarves and white outfits stampeding through the streets of Pamplona, hotly pursued by bulls that can weigh in at well over half a tonne.

Most of those who take part in this adrenaline-pumped dash are men, but some women also come to test their bodies and their nerves at the famous running of the bulls.

"In the male-oriented world of bullfighting...it’s not just physical space in the crammed Pamplona streets that women have to fight for."

“I think about my mother," says bullrunner Deirdre Carney.

Carney is talking about her thoughts before running with the bulls at Pamplona’s famous San Fermin festival, where being harmed is a definite possibility.

Several people were hospitalised during the event this year, one after being badly gored in the thigh by the 600 kg (1,323 lb) Victoriano del Rio fighting bull "Brevito".

Fourteen people have died over the course of the last century at San Fermin and it is commonplace for runners to be hurt by being trampled, gored or crushed.

“I wake up terrified," says Carney. "You have to control your panic and your fear and then you get down there and do it and the pay-off is quite incredible.”

“When you run in the encierro you have to think about death and on the other end there is the life of the fiesta. So I think you are encountering the full spectrum of what it means to be on this planet.”

The bull run is based on the tradition of driving six fighting bulls from their pen early in the morning to the bullring for the afternoon's corridas.

Nowadays, these beasts share the 875-meter (0.54 mile) fenced-in route with experienced runners, whose displays of bravado and skill as they dash just in front of the bulls' horns earn them the applause of their peers.

These skilled runners must, in turn, deal with the many hundreds of drunk tourists who also come to the event. According to Carney, one of her biggest fears at the bull run is “panicked men.”

The 36-year-old history teacher is the third generation of an American family to fall in love with Pamplona's San Fermin festival.

It all started with her maternal grandfather Cliff Fish, who was part of a group of friends staying in Paris on their GI bills after World War II, searching for the kicks and freedom that come with living life on the edge.

Following him was Carney's father, the famous Irish-American runner Matt Carney, whose lifestyle both at the festival and away from it has become a model for foreigners who converge on Pamplona every July.

Deirdre Carney's mentor Joe Distler, a New Yorker who has run with the bulls since 1967, pulls no punches when he describes what runners are letting themselves in for. “It's a very dangerous and brutal thing," he says.

"You can get your stomach cut out. I've had two hip replacements as a result of being gored. If a woman wants to run and she knows the consequences - that she could fall down, break her face, cut her eyes, not be beautiful anymore, get gored - and she still wants to do it, of course she should do it.”

In the male-oriented world of bullfighting, where people talk about bravery in terms of having “cojones”, it’s not just physical space in the crammed Pamplona streets that women have to fight for.

For Carney, the act of running alongside men comes with a degree of defiance.

“I don't like that in our society we use being a woman as an insult," she says. "Using words like ‘girly’ insults an entire gender and we have proven that throughout history we are not cowards. I don't want to be excluded from this because I am a female.”

What's more, as a teacher, Carney plays down the level of bravery it takes to run with the bulls.

“Try dealing with 130 eight-year-olds for six hours a day. That takes cojones.” 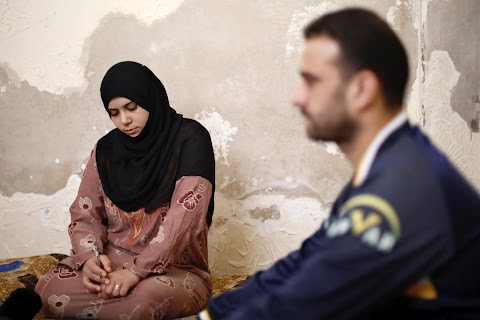 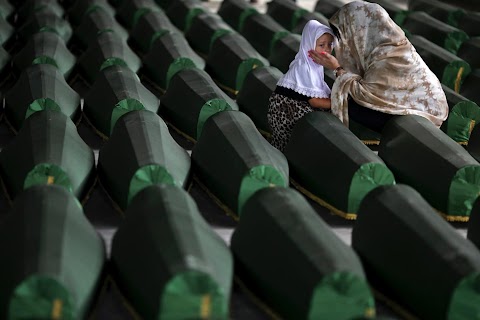