A military parade in Moscow’s Red Square this weekend commemorates 70 years since the end of the World War Two in Europe. Blockbuster war films mark the anniversary in Russian cinemas, while photographs and posters are plastered across Moscow to honour Soviet victims, estimated at 27 million people.

One of those who remember the war is Nikolai Melnikov, 92. He stands in front of the Monument to Eleven Sappers near Volokolamsk, 2 hours west of Moscow. As a Red Army soldier, Melnikov took part in the Battle of Stalingrad, which stopped Germany’s advance into the Soviet Union. 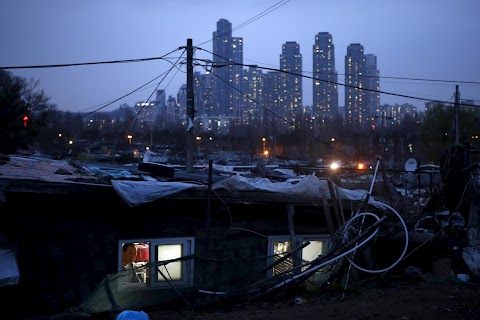