Carrying sacks of toys over his shoulders and describing himself as “the big elf” President Barack Obama and First Lady Michelle Obama delivered gifts for children to the Marine Corps Toys for Tots program.

The program dates back to the 1940s and has collected more than 469 million toys for more than 200 million children.

"No one wants to see a serious Santa!"

The Toys for Tots event is part of the annual White House Christmas coverage. Usually the occasion is just attended by Michelle Obama, but this year President Obama accompanied the first lady, so the picture potential and value of the story more than doubled.

It’s not everyday that you see the president carrying sacks of toys over his shoulders, I was hoping his expression would match the event, and it did. I think when you spend so much time photographing the president in serious situations, lighter moments like this really stand out and give viewers a glimpse of a softer side of the man.

President Obama can be difficult to photograph, strange as it may sound. He often appears to have a poker face, a calm, cautious and unruffled demeanour. This may be very presidential, but it does not lend itself to pictures that tell a story. At this particular event, it was possible to capture a more candid Obama. No one wants to see a serious Santa!

The White House travel pool photographers were pretty free to roam the perimeter of the event, so I positioned myself for a good angle for the arrival. I then moved to capture pictures of the president distributing the toys into the boxes.

It's always nice to cover a lighter occasion, since we spend so much time documenting the many political issues President Obama tackles. Toys for Tots is a great cause and it's the Christmas season, so it's a win-win to cover this event. 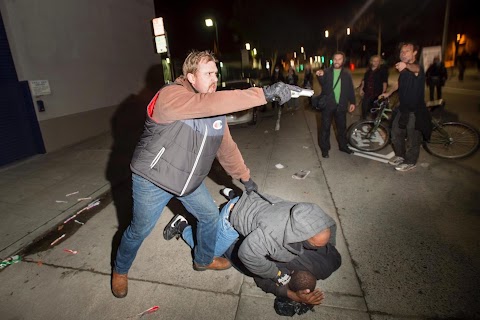 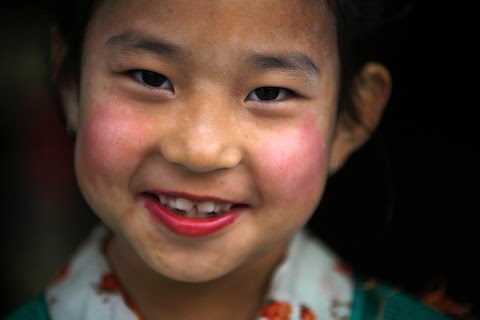