Dozens of demonstrators rallied outside Kenyan President Uhuru Kenyatta’s office earlier this month, calling for the top security officials to step down after 28 people were killed in an ambush of a public bus claimed by Islamist militants.

As police fired tear gas to disperse the crowd, one detained protester managed to break loose from the police truck and sprint to her freedom.

"Many protesters managed to run away apart from a young lady who was detained."

I was covering #OccupyHarambeeAve, a protest outside President Uhuru Kenyatta’s office following the killing of 28 people in the ambush of a Nairobi-bound public bus in the northern Kenyan border town of Mandera in November.

More than 200 civil society protesters had gathered in the morning, singing the national anthem and carrying hundreds of wooden crosses to symbolise people killed in a series of attacks across the country.

Residents and well-wishers joined them, calling for the Inspector General of Police David Kimaiyo and the Cabinet Secretary for Interior Joseph Ole-Lenku to resign from their posts.

As armed police stood nearby, protesters dressed in red, white and black t-shirts with anti-security slogans chanted "Lenku must go!" "Kimaiyo must go!" and demanded that the president sack the duo.

Two anti-riot police trucks were strategically positioned to manage the protesters, mostly teenagers, as police threatened to disperse them for causing havoc and blocking traffic within Nairobi’s central business district.

The protest organisers then brought in empty coffins to mock the government’s offer to facilitate the burial of the 28 people killed in the latest attack.

Suddenly, the presence of the coffins changed the mood. A few people in the crowd set a pile of wooden crosses on fire, prompting the police to respond with teargas to disperse them.

Aware that they may be arrested, many protesters managed to run away apart from a young lady who was detained and held in one of the police lorries.

In an effort to disperse members of the media who were jostling to take photographs and video footage of the only detained protester, the riot police fired a tear-gas canister next to the truck and the woman managed to break loose, jump out and sprint to her freedom.

As I was choking from the tear gas, I stood not far from the anti-riot police lorry and continued shooting as she broke-off and fled.

A sequence of photographs shows the detained protester escaping from a police truck. 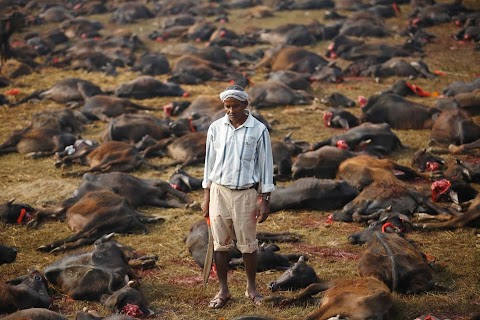 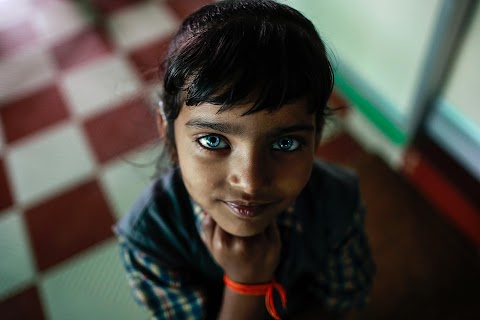