Brazil is the world's biggest producer of sugar, coffee, citrus and beef and is on the verge of becoming the number one producer of soybeans, but despite all that, it is not an easy place to transport goods.

The truckers who carry the country’s wealth from farm to port grapple on a daily basis with gaping potholes, squalid toilets, dangerous drivers and more.

As Marcondes walked to his truck, his wife and mother said goodbye with the words: “Be careful and may God be with you.” I knew why they spoke that way; the highway that he was going to take from Rondonopolis to Sorriso in the fertile state of Mato Grosso is nicknamed the “Highway of Death.”

Marcondes and his father, who is also a truck driver, know it very well. It’s the highway famous for frequent accidents, where drivers pay little attention to the law and trucks nearly touch as they pass each other in opposite directions.

I met Marcondes after my interest in the lives of truck drivers had been sparked by a Brazilian movie that I watched about them. Shortly after I saw the film, a Reuters journalist proposed a cross-country trip by truck to report on the cost of transporting Brazil’s riches – soybeans and corn – from the grain belt to the biggest seaport, Santos, on the Atlantic coast.

This was the latest of my dream trips – 5,000 kilometres and 10 days spent inside a truck. I waited as grain cargos were loaded and unloaded, slept in the top bunk inside the cabin, showered and ate in the same places as the truckers, and used the occasional stops to photograph different aspects of the journey.

One of the reasons for our interest in reporting on trucking was to see the results of the government’s new rule mandating that drivers rest for a certain amount of time. The goal is to limit the number of hours that truckers drive without sleeping, and to reduce accidents.

At our first rest stop with Marcondes, who heeded this new rule, I photographed another driver sleeping in a hammock that he tied to his truck. As I took some pictures, he asked me what I was doing. When I explained, he said: “Tell President Dilma Rousseff that truck tires are not square. I don’t think she’s ever been on these roads.”

One of our longest stops was at a cargo terminal where grain was transferred from trucks to train wagons. It was a 12-hour wait for each truck to unload, so I had the chance to meet lots of people. They were open, talkative, and willing to be photographed, even in the hot wind that swirled around us in clouds of dirt.

There I met Chiquinho, a 66-year-old trucker who was dressed like a gentleman on his way to a fine restaurant, but who was cooking a meal in a makeshift kitchen under his truck. I commented on his smart outfit, and he said, “Son, I’ve been inside that truck too long.” Then he invited me to eat right there with him.

There were drivers travelling with their families, drinking coffee next to their vehicles as they waited. One group of truckers, who hoped I would show the government what their lives were really like, asked me if I knew a saying that is common in Mato Grosso. When I said I didn’t, one of them told me: “Mato Grosso satisfies Brazil’s hunger, and provides for the world.” It sounded like the perfect way to explain Brazil’s agricultural power, especially in a year when Brazilian production helped fill a gap left by a record drought in the United States.

The next night we reached the mountains above the port of Santos. Marcondes was at the limit of the number of hours he was allowed to drive according to the new legislation. I was tired just from being a passenger, and I could imagine how he felt driving. But the only truck stop we could find with a parking lot had a big sign outside reading: “Full.” I looked at Marcondes and he said, “It’s impossible to stop along the side of the road. Let’s continue to Santos. The new rules don’t work here.”

There was no place to rest and there was a real danger of being assaulted or hijacked on the road. Thankfully though, we reached Santos, where the mess of trucks in the parking area was incredible. Hundreds of trucks were sitting there, with a full day to wait before they would be able to unload.

We were close to the end of the trip, and I showered in the truckers’ area, where the conditions were horrible, with rats running wild everywhere. Marcondes was scheduled to unload at 8a.m. the next morning, 24 hours after arriving. A lot of that time was spent doing paperwork.

This trip was a wonderful experience in every way. After saying goodbye and thanking Marcondes I had to hitch a ride in another truck towards Sao Paulo. On the last leg of my trip to reach the airport, I purposely climbed onto one of the motorcycles that serve as transportation, instead of getting into a regular taxi. I was hoping to get a little dirty. I actually wanted to arrive home in the same dusty condition as when Marcondes and I reached our destination the day before.

My adventure was complete. 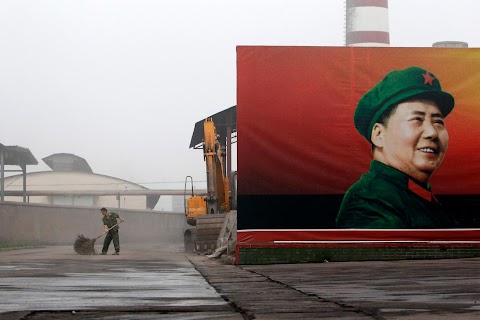 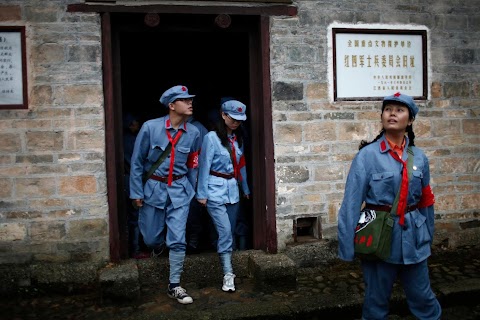