Don Stewart has spent his life surrounded by books. He bought MacLeod's Books in 1973 and since then its reputation has spread far and wide, with customers coming from all over the world looking for old books or rare editions.

The owner Don Stewart estimates he has about 100,000 titles in his store.

"Holding a book almost 300 years old was quite a thrill."

The book immediately caught my eye. It was small, about the size of a deck of cards, but twice the thickness, and there was no question it was very old. It sat in a pile of other aged publications that had just arrived at MacLeod’s Books in downtown Vancouver. It looked fragile as I picked it up and opened to the title page.

I had been in MacLeod’s Books about five or six hours at that point, not to search for any rare or out of print books but to do a day in the life photo essay on the 50-year-old used book store. The store originally opened in the early 1960s but in 1973 a young Don Stewart bought the place and has been there ever since.

I had been in the store once before about five years ago while waiting for an assignment to begin nearby. Once inside I was in awe of the thousands of books I saw. Unfortunately, duty called and I had to leave almost immediately without having a chance to look around.

Stewart has owned the used bookstore for about 40 years. He estimates he has roughly 100,000 titles in stock. Add to that multiple copies of many titles and the number of books he actually has far exceeds that estimate.

There were books everywhere on the main floor of his shop. The shelves were all packed solid, reaching far up into the high ceiling. What didn’t fit on the shelves was piled on the floor or in corners. At first glance it looked like complete chaos but I soon noticed everything was sorted in categories, topics or authors. There was no computer to search for titles like many modern stores today. I watched in amazement as people came in asking for sometimes obscure books and Don or one of his staff would say, “yes we have that”, and either point to its location or take them to it.

I spent about 10 hours in MacLeod’s over two days. In that time I would say I spent an equal amount of time shooting pictures as I did browsing through books. If I wasn’t looking for a picture I was looking at pictures. Don has a considerable collection of photo books and I found myself often wandering over to spend a few moments scanning through a Cartier-Bresson, Irving Penn or an old photography instruction manual from the early 1950s.

During the afternoon a fellow showed up at the door with a grocery cart full of books he wanted to sell. Don spent several minutes looking through the collection picking out several and bringing them inside and stacking them on a table.

In that collection was that small old and fragile book I now held in my hand and opened to the title page. There on the page was a portrait of England’s King George II and below his coronation date of October 10, 1727. The book was a bible and had been published in or around that time.

Holding a book almost 300 years old was quite a thrill. I asked Don where the fellow had obtained this old bible along with the other aged books. I was shocked when he said the man had found them in a garbage dumpster in an alley several blocks away.

For hours afterwards I couldn’t help but think how lucky it was that the 300-year-old book had been found and how shameful it had been callously tossed away. I also mused on what tales the book could tell as it traveled hand to hand from a printing press in 18th century England to a dumpster in 21st century Vancouver. 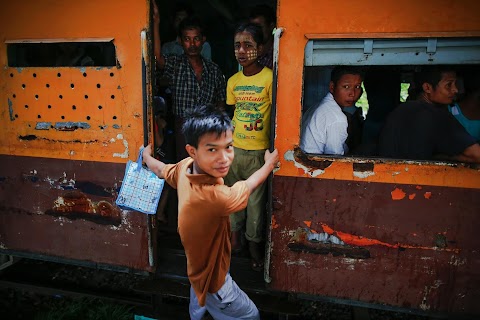