Xiao Cao, a 57-year-old gay man, performs as a cultural revolution red guard at a park.

China's gay community has long been on the edges of society but it is gradually becoming more accepted.

"He said he also had sex with women, but soon found it to be boring."

As society in China modernizes, its gay community is less mysterious and increasingly part of the country’s fabric, pursuing dreams and happiness like other citizens.

Before setting out to document this story, I had a somewhat stereotypical image of gay Chinese – that they lived colorful and comfortable lives, with prominent members often active in the fashion and entertainment industries, that they wore exquisite clothes and were in top physical shape. I imagined two men sitting in a bar smoking cigars and drinking wine, possibly discussing fashion trends or gossiping about showbiz stars.

But working on this story for more than three months changed my view. The reality was less romanticized, and reflected many people’s search for love anywhere, same sex or otherwise. In China, when seeking same-sex companionship, one way is to spend 20 yuan (3 U.S. dollars) for entrance to a gay bathhouse to find others sharing the same desire. Or you can pay 7 yuan (a little more than $1) to get into a gay dance club to find someone you like.

It took some time to find the main character of my story. As you might imagine, it’s not easy to find a gay person willing to be photographed intimately, much less by an international photo agency. At first, I was taken to a dance club in Shanghai where gay people meet each other. I was surprised by the scene I found – nearly 300 men, some hugging, some dancing, in a club that completely exuded the 1980s, from the décor to the music. This club attracted mainly elderly gay men, and I was told that the oldest member was more than 90 years old. I saw very few younger people.

It was here that I met Xiao Cao, a middle-aged man dressed casually, his face much brighter than his neck (I found out later that this was because he is fond of wearing makeup). He was single, unemployed, and his main pastime was to dress as a woman and dance in a park. Dressing in drag is not necessarily a strange phenomenon in China, as men usually played women’s roles in Peking operas in times gone by.

Xiao Cao told me that he realized he was gay when he was around 15 years old, in junior high school. At first he didn’t even know what being gay meant, he just found that he liked to hang out with gay people for fun. In those days he said he also had sex with women, but soon found it to be boring.

His monthly income, only 500 yuan ($79), is entirely from government insurance. He lives in an eight-square-meter rented room behind a public toilet. His diet is extremely simple. While he has had many partners, most of them were short-term sexual liaisons. His longest-term companion has been his 2-year-old cat.

There were many aspects of this slice of society that I found were not open. For instance, most of the older gay people I encountered were married, some even had children, and had to keep their homosexual relationships secret. I was also trying to tread a fine line in order to illustrate a true story that is part of our society’s daily life, while making sure that I didn’t hurt anybody.

Many people I came across in the community thought I was one of them, and some tried to start a relationship. I found ways to avoid the advances, such as pretending to take a phone call. But I soon found that they would never have forced me to do anything. Instead, I came to understand that they genuinely cared about me.

After seeing Xiao Cao so many times through my lenses, including sometimes in very intimate circumstances, I could see that he was sharing the most authentic part of who he is. I always felt his honesty and sincerity.

Two years ago Xiao Cao was able to earn a reasonable income by dancing in public. However, the government banned such street performances at the time of the Shanghai Expo in 2010, and they continue to be forbidden. Even so, performing is still what’s most important to him. So he has moved his performances to parks, dancing for audiences for free.

He may not be able to have as good a life as he used to, but one can easily sense how happy he is when he dances to his own tune. 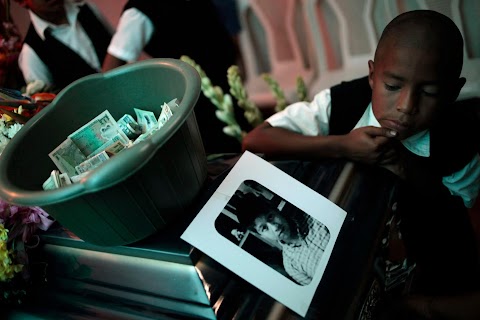 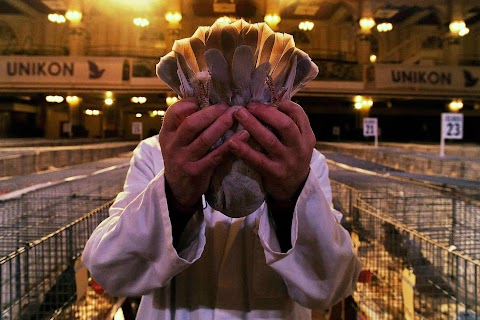