Britain is a nation of pigeon fanciers. The affectionate term for people who breed, race and show pigeons and the most prestigious show of all is the annual Homing Pigeon World Show at the Winter Gardens in Blackpool. Steward Brian Harrison examines an entry.

All those years ago when Paul Julius von Reuter was just starting out his news agency, he used homing pigeons to plug a gap in the information link between the bourses of Paris and Berlin. The operation only lasted a year, until the final telegraph line was laid, but the fact that pigeons carried stock market price reports remains an anecdote on resourcefulness.

Fast forward to 2012, where the world is connected by fibre optics and satellite beams, one may be surprised to learn that afficionados still train, keep and race pigeons for sport. Although the membership of Britain’s Royal Pigeon Racing Association (RPRA) has been declining over the past few decades, tens of thousands remain. This year the 40th annual British Homing World Show of the Year had 2,500 pigeon entries from around the world including the U.S. and China, and its 25,000 visitors make it the largest single event at the seaside resort. Pigeon fancier Norman Perry of Port Talbot won the title of Supreme Champion in the Winter Gardens, in Blackpool a venue better known for ballroom dancing.

Britain’s Royal family became involved with pigeon racing in 1886 when Belgium’s King Leopold II gave them some breeding stock to start a loft on the Sandringham estate. Today the “Queen’s Cup” is one of the most prestigious events in the calendar. In 2011 Ian Ramsey’s three year old Staf Van Reet hen won him the prestigious Lerwick Championship Club’s Queen Elizabeth II Trophy. Pigeon racing in the Ramsey household is a family affair, with Ian’s wife and two daughters also racing. They have two immaculate lofts in their back garden with dozens of stock that take up a huge part of family life. With a wry smile towards his wife, Ian said that he spends as much as he dares on the pigeons’ feed and upkeep.

To stem the haemorrhaging of its membership the RPRA has been promoting novel ways in which to sustain the sport. In traditional club racing, one would need their own loft to raise and train pigeons. With the new One-Loft method, anyone can join. All that’s needed to start with is a membership in the association and a young pigeon, which is entered in the race and delivered to a loft in Tewkesbury. About 1,200 young pigeons are held here and trained, and take part in a series of races until the final 200-mile race from Scotland. As an added incentive, first prize pays out £20,000. 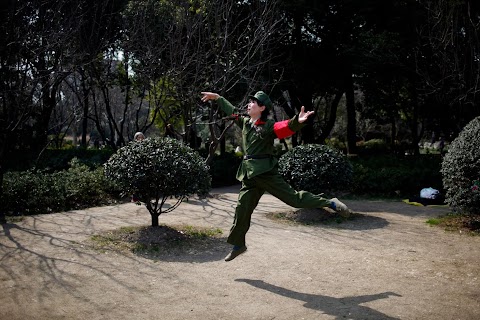 A Gay man in China 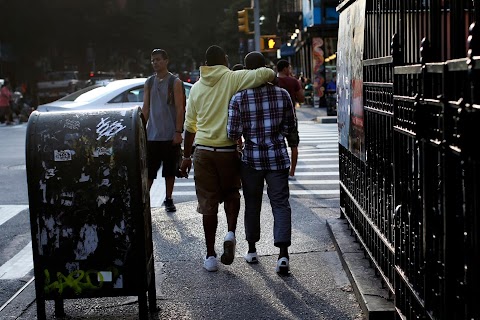 Hope in the fight against AIDS