Reuters photographer Mohamad Torokman found himself staring down the barrel of a gun when he captured the moment an undercover Israeli military group shut down a Palestinian protest, in a rarely witnessed infiltration technique.

Torokman was on assignment near the Jewish settlement of Beit El, close to the Palestinian hub city of Ramallah, on Wednesday where protests were underway against U.S. President Donald Trump's decision to recognise Jerusalem as the capital of Israel.

Hundreds turned out, as they had done for days following Trump's announcement. Some burnt tires, others hurled stones at Israeli troops, all oblivious to the surprise military move that awaited them. 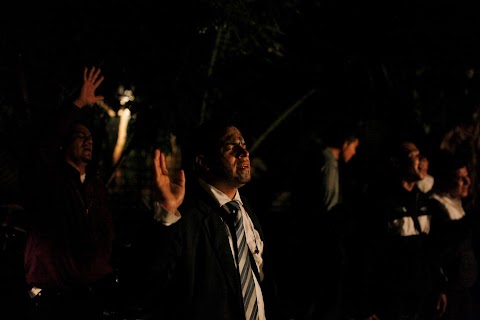