To illustrate this story, Reuters photographer Carlos Garcia Rawlins photographed various goods, along with their ‘price tag’ in dollars. A kilogram of raw carrots costs $19.05, the equivalent of 120 bolivars (Bs.), at the official exchange rate of 6.3 bolivars per dollar.

"I disappeared into a studio ... and spent hours sticking and un-sticking dollar notes onto the board."

Finding images to accompany economic stories has always been a challenge. There’s a temptation to be repetitive and you sometimes end up illustrating, yet not informing properly. I wanted to do something more significant this time, to really capture Venezuela’s economic crisis and the way it is hitting people’s pockets. I’ve been covering – and, as a Venezuelan, living – this subject for a long time but I’m weary of the typical photo of an old lady spending her few resources on food at a supermarket.

So this time I wanted to create images that would really make people sit up and see the story at a glance – namely the crazily high prices for simple everyday products. The idea was straightforward: photograph an item with a price tag showing its equivalent in U.S. dollars and emphasising that further by pasting up the notes. Executing it, though, proved complicated.

“Hi, good afternoon, I’m a photographer, I work for Reuters, an international news agency, and I’m doing a project in which I need to photograph a pair of new shoes. Could you help me?” That was how I began a long tour of shops trying to persuade puzzled shopkeepers and salespeople to lend me their wares instead of selling me them. My offer was to leave the money as a guarantee and then pick it up when I returned the product. It seemed reasonable to me, but most simply said ‘no’.

So in fact the most time-consuming part of this project was simply sourcing the items. My aim was to demonstrate how Venezuela’s currency controls and runaway inflation – the annual rate is more than 63 percent, the highest in the Americas – are distorting the economy. Using the government’s main official exchange rate of 6.3 bolivars to the dollar, the minimum monthly wage of 4,251 is a relatively healthy $675, one of the highest in the region the government likes to say. But in reality, at the black market rate of about 100 bolivars to the dollar which many importers and retail outlets use as a guide for pricing, that monthly wage is in fact worth just a paltry $42.5 when it comes to buying anything other than basic necessities, which are price-controlled.

Determined to illustrate all this in an aesthetically pleasing way, I first borrowed a school blackboard but it wasn’t sharp or big enough, so I went out and bought a plastic marker-board and painted it with green blackboard paint.

Then I disappeared into a studio with the objects and spent hours arranging and re-arranging them, sticking and un-sticking dollar notes onto the board behind, and then carefully writing and rubbing out the figures in chalk. All, of course, in the right perspective which was often the most time-consuming aspect to achieve.

It’s pretty hard just to understand Venezuela’s economy right now – so you can imagine how tough it is to illustrate it! I hope I’ve been able to shed some light on my surreal homeland. 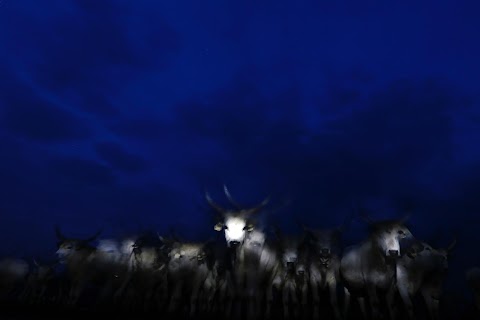 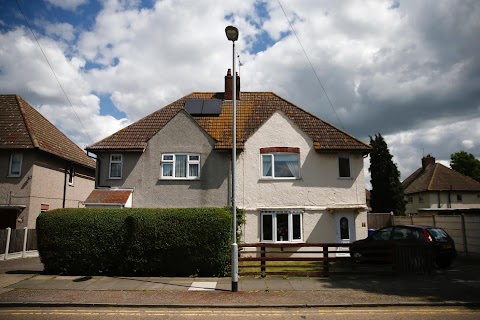