During a weekend of lavish celebrations, American screen idol George Clooney travels on a taxi boat to the venue of a gala dinner ahead of his marriage to Lebanese-born human rights lawyer Amal Alamuddin in Venice.

The Italian city of gondolas and palazzi looked like Hollywood on the Adriatic as A-list guests cruised between luxury hotels for the extravaganza, billed as the party of the year even as details were kept largely secret.

"I saw the photo and immediately thought: “This is the shot.”"

I was waiting aboard a taxi boat moored in front of the Hotel Cipriani in Venice for four hours waiting to photograph U.S. actor George Clooney at the gala dinner ahead of his wedding ceremony. Unfortunately, about 30 taxi boats full of reporters, photographers and the paparazzi had exactly the same idea.

At around 6 o’clock in the evening, George jumped on his personal taxi boat “Amore” to go to the Aman Hotel and the taxi fleet swarmed around his boat to take the best picture.

Working on a taxi boat is hard at the best of times, as the waves can make it unstable and you can lose your balance, but the job was made even more difficult by the fact that Clooney’s boat was surrounded by others rented by the media.

It was here that I experienced the most difficult part of this story. I had covered events like this before, such as the Venice Film Festival where we followed a movie star by boat on their arrival, but this time it was different. So many taxi boats surrounded the actor yet we all had to sail in the Grand Canal alongside the regular traffic and gondolas.

To get the best view, I decided to jump on the roof and work from the top to try to get something distinctive.

Finding myself in a battle of the taxi boats, I made the decision to leave the difficult area close to the celebrity and photograph him from further away with a 200/400 mm long lens.

I knew I had found the right spot just after the Accademia Bridge. I had a window of just a few seconds to take the photograph and so I took it. I was looking for that specific shot, but I also had a bit of luck considering the number of competitors around Clooney.

I tried to get the right angle immediately but did not have time to check the image. Later, when looking through my work, I saw the photo and immediately thought: “This is the shot.” 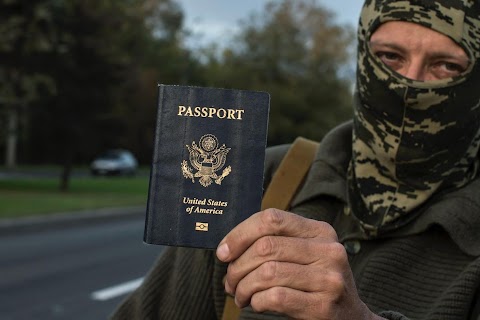 An American rebel in Ukraine 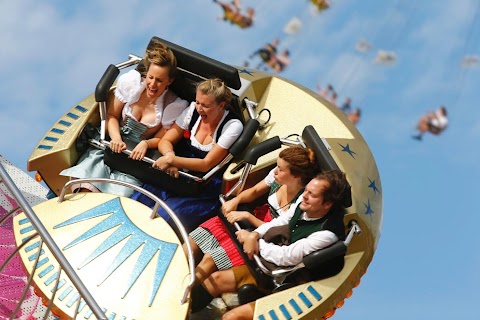 The thrill of the fair