The semi-detached house, two homes which share a central joining wall, holds a special place in the British imagination, typifying a sedate life lived in the suburbs.

The pride many Britons take in their home is perhaps best seen in the unique ways many decorate their half of a "semi," what starts off as a symmetrical building can soon be transformed into two distinctive sides which have little in common beyond being joined at the hip.

"..what starts off as a pleasantly-symmetrical building can soon morph into two very different and distinctive sides"

An Englishman's home, so the old saying goes, is his castle. That's not entirely true.

Take a look at any of the suburbs that sprawl around London or other British cities and you'll soon realise that an Englishman's home is a semi-detached house.

The "semi", as it is typically called, is a familiar feature of the British architectural landscape whereby a single mid-sized building is split down the middle by a dividing wall to form two adjoining homes.

So far so practical; it certainly seems to make sense in terms of minimising building costs. But then it all starts to go somewhat English.

In the hands of individual owners, what starts off as a pleasantly-symmetrical building can soon morph into two very different and distinctive sides that have little in common beyond being joined at the hip.

In some streets the two sides will be painted different colours. In others, the halves take on different shapes as one owner extends and remodels, changing windows, knocking down and rebuilding garages, and in some extreme cases, adding turrets and battlements, while their neighbour does nothing.

In the UK, some historic architecture is protected under law to preserve its style and integrity for generations to come. Not most semis, leaving them prey to these bold individualistic statements. It might be a step too far to see the semi as an expression of the British psyche - but it's a fun extrapolation nevertheless.

In Britain's overheated housing market, the semi has taken on more obvious symbolism. With prices in the southeast of England - home to vast swaths of semi-detached homes - rising beyond the grasp of many ordinary middle class incomes, the once-humble semi has become an unobtainable dream for many now resigned to living in cramped apartments.

As the government rolls back schemes to aid property purchase, the prospect of ownership becomes increasingly unlikely.

For all the chances they have of getting their hands on one, the semi might as well be a castle. 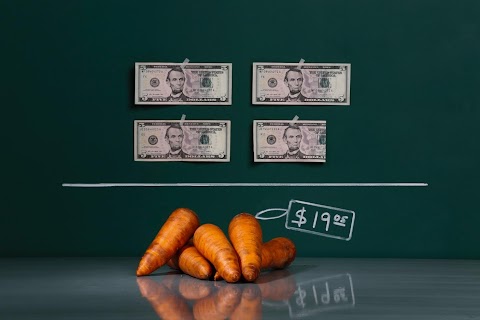 The black gold of Alsace