The body of a woman who was shot in the face lies in public view on a street in Ondina, a neighbourhood of the Brazilian city of Salvador da Bahia.

One of Brazil's main tourist destinations and a 2014 World Cup host city, Salvador has nevertheless been suffering from an unprecedented wave of violence. Lunae Parracho documented the issue, photographing police, gang members and others caught up in the bloodshed.

"With no way out, pursued by the police and attacked by rival gangs, they all have different stories and different motives."

The Brazilian city of Salvador is a major tourist destination thanks to its beautiful beaches and popular festivals. But despite being idyllic in so many ways, this city has suffered from an unprecedented explosion of violence in recent years - part of a national phenomenon of bloodshed migrating northwards.

One of the police officers I spoke to summed up the situation through his own personal tragedy. “We’re living in the middle of a war. I try not to leave home, and when I do, I’m armed,” he said, asking to remain anonymous.

He knows what it’s all about – his son was recently killed by a thief who wanted to steal his iPad. Just a teenager, he died on the street near his home in an upscale neighbourhood as he was coming back from school.

Across the city in the Fazenda Coutos slum, 53-year-old Lucia Menezes avoids going out too: “I only leave home to go to church,” she told me.

Lucia also lost her son Ebert, 24, who was shot by police in their neighbourhood on the city’s outskirts. The police say that their patrol was shot at by five men, and that Ebert was hit during the firefight. Neighbours and family say that he was not a criminal and was unarmed, and that he was shot in the back of the head.

Heartbroken, Lucia said she feared the police and she would not seek punishment for her son’s killers: “God will be the one to judge this, because Jesus has eyes of fire”. But she would still like to see the results of a real investigation, if only to have her son’s name cleared: “He was not a bandit,” she said.

In the slums of Salvador, complaints against the police are constant. People who live in areas controlled by drug gangs are mostly afraid to identify themselves, and suffer intimidation by police who use excessive force.

Ana Claudia, 39, is another mother who lost her son, Reinaldo, in Fazenda Couto in the worst of circumstances. Last December 22, she saw Reinaldo, who was only 14, being beaten and then shot dead by traffickers from a rival slum. “We live a war here. My son’s massacre lasted more than 30 minutes. Neighbours told me they called the police, but none ever showed up.”

Reinaldo’s father carried his son in his arms to the hospital, but he died before they got there.

In an attempt to contain the explosion of violence, the state government began to install what are known as “Community Security Bases”, similar to the “Pacifying Police Units” (UPP’s) that have been set up in Rio’s favelas. One police captain told me that these bases have succeeded in reducing violent crime drastically, but that shootouts between drug gangs and police are still common.

Another officer said he only accepts criticism from anyone who has actually driven into the area known as Nordeste Amaralina. This neighbourhood is one where exchanges of gunfire are frequent, and several policemen have been shot on duty there. Unlike other parts of the city, where traffickers avoid direct confrontation with police and focus on disputes with rival gangs, in Nordeste Amaralina police officers themselves are the target.

Far from having an easy explanation, violence in Salvador is entwined with serious social problems. Ana Claudia, the mother who saw her son being killed, said: “Young people here don’t have options. They are born and raised in the conflict. Our class is not valued. If you say you live in the suburbs, you’re seen as a dealer or thief.”

In another slum on the city outskirts, a group of traffickers accepted my request to photograph them. As I was explaining the purpose of my story, they suddenly ordered me to cross over to the other side of the street. Some lookout, whom I hadn’t noticed, had warned them that police were approaching.

They were five youths leaning against a wall at the end of the street, guns in hand, in silence. One crouched down, peering around the corner every few moments, while talking on the phone.

I sat on the curb, where I could see them and they could see me. I thought it best not to photograph that moment because we had an agreement not to identify them in the photos. A police raid was the worst thing that could happen right then, I thought, because it would be too much of a coincidence for them to believe.

The tension lasted for 10-15 minutes, until they said “all cool,” and one of them gestured at me with the revolver in his hand to cross back over. From what I gathered, it was a regular police foot patrol and the traffickers tried to avoid confrontations. Their greatest adversaries are other traffickers from neighbouring slums, and the sense of impending violence is part of their daily routine.

One of them, a 17 year old who goes by the nickname Giant, said he joined the gang to defend their area from traffickers from a rival slum. “They oppress our community and I never liked oppressors, so I joined the movement. I killed one of them with four shots, and then I began to feel like another person.”

Another gang member, at 18-year-old known as Poison, was a student at a school in a neighbourhood controlled by rival traffickers. He joined the gang when the others pursued him to the point that they shot up his father’s store. At times of high tension between the gangs, even non-members suffer reprisals. “We protect the community from the enemies, and when we can, we help the needy, buy them cooking gas, food,” he said. “I made the decision to live from crime, but we live in humility and with respect.”

Firecracker, 22, worked in a market when he was 14, and was mistaken for a thief by the police. “The police took me to a secluded place and beat me bloody,” he said. “I was disgusted and very angry, and the devil got into my head. That was when I got involved in trafficking.”

With no way out, pursued by the police and attacked by rival gangs, they all have different stories and different motives. But one comment by another member of the gang, Pilintra, brought nods of agreement from all of them.

“What I miss the most, every day, are smiles.” 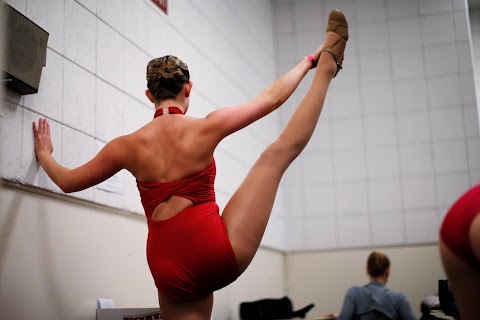 Kicking up their heels 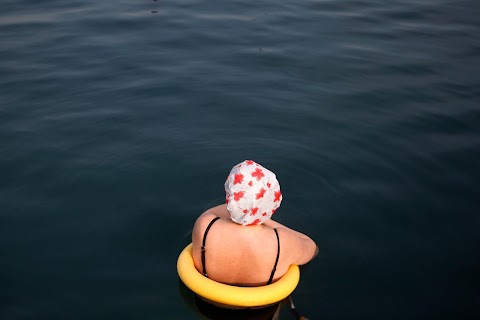