Sparks fly as a row of revolvers confiscated by national security authorities are destroyed in Mexico City.

In Mexico, members of the military are in charge of storing and disposing of all sorts of weapons that have either been handed in by the public, or else confiscated during the ongoing drug war. Some of the firearms they deal with are eye-catching to say the least – from antique rifles to gold-plated guns.

"All sorts of things have been confiscated, from a custom-made, gold-plated Colt Super 38 Automatic to rocket-propelled grenade launchers."

Around last Christmas, city authorities initiated a voluntary disarmament program for citizens, encouraging them to swap their pistols, revolvers, guns and the occasional 60mm mortar round for bicycles, tablet computers or cash. Thousands flocked to the exchange stations set up in different neighbourhoods by the police and military.

Some weapons were destroyed on site, but I wondered where the rest of them would land. To find out, I decided to issue a formal request to the Mexican Secretariat of National Defence (SEDENA) asking if I could access their storage facilities to take pictures.

The military is not only in charge of storing and destroying weapons handed in by the civilian population, sometimes including old guns inherited from an ancestor who might have fought in the revolution. It also has to dispose of the weapons confiscated in the ongoing drug war that has so far killed some 70,000 people.

This latter group generally involves larger calibers than great-granddad’s Winchester Rifle from the early 1900s. All sorts of things have been confiscated, from a custom-made, gold-plated Colt Super 38 Automatic to rocket-propelled grenade launchers and lots of Kalashnikov AK-47s – the narcos’ weapon of choice.

After some months of waiting, the Reuters’ office received a very formal phone call from an army sergeant inviting me to come on April 17 at 12:00 hours to Gate 8, Military Field #1.

An officer received me at the gate and accompanied me throughout my visit. He walked next to me, sat next to me, drove with me in the car and was there when I was taking photographs. He was my own shadow. They frisked me for security reasons at least 15 times, and checked the interior of the car, my photographic equipment and my clothes.

A general welcomed me when I arrived at the storage room, along with other officers from the PR department and another three or four soldiers who were functioning as security. To my surprise, from that moment on the general and the PR officers had to undergo exactly the same security checks as those that were performed on me. “You got a lot of patience to go through all this repeatedly,” my “shadow” said to me.

There were three tables set up outside the storage room, and arranged on display were probably some of the most eccentric weapons confiscated from the narcos: gold plated guns, for instance, or weapons decorated with movie characters like Chucky or Jesus Valverde – sometimes known as the “generous bandit” or the “narco-saint”.

The general stood up on a small lectern and declared: “from 2007 until now, 107,450 weapons have been stored at this facility. Ninty five percent have been destroyed and the rest have been put on display in museums or remain with the military after the due legal process, but most of the confiscated weapons are stored in other State security institutions.”

“And now you can take pictures,” he added.

Before I left I was allowed to actually enter the storage room, although I was not permitted to take pictures that would show the entire area or the soldiers who were working inside. The place was one huge warehouse divided by metal shelves, some empty and others full. I had very little time so I started taking pictures of everything I saw. I could feel that my presence there made the soldiers nervous.

Once back outside they guided me to the area where the weapons were being destroyed by several officers, who carried out their duties almost robotically. Some did the register; one stood on a small ladder to take pictures of guns arranged on a white background on the floor, others removed the wooden parts and screws from each weapon.

The wooden pieces were burnt on a grill normally used for barbecues. Another group of soldiers removed the firing pins from each gun, then they cut them up to render them inoperable. In between, the weapons were counted again and again.

“You’re lucky,” one of the soldiers there said to me, “we do this only twice a year and only after we receive the judicial order to destroy the weapons.” 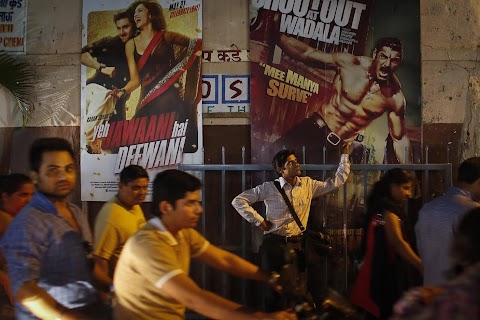 Dreaming of the silver screen 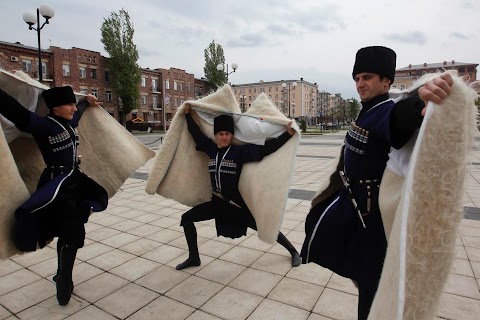