Verma made the journey to Mumbai from his small village eight years ago, and despite sleeping in a park and carrying his whole "home" around inside his bag, he is determined not to give up.

“There is no time limit on becoming a nationwide sensation.”

The Hindi film industry, or Bollywood, can make a star out of anyone overnight. It can bring instant money, fame, and the attention of millions of fans across different continents.

Bollywood is an addiction for many - an addiction that attracts thousands of aspirants to its breeding grounds, the city of Mumbai, every day. I was keen to look at the other side of this glamorous industry - the side of the people struggling to enter the world of dreams.

There is no time limit on becoming a nationwide sensation, a star in Bollywood. As one of the dreamers told me, it’s a gamble you take and you forget all your worries about the results.

To shoot this story I had to do a lot of research. Much has been written about these “strugglers” but they haven't been photographed yet because, ironically, they are often camera-shy. Nobody wants to have their struggle documented because they believe that one day, when they make it big, these records could be an embarrassment.

During the course of my assignment, I met at least thirty people who had different amazing stories to tell about their struggles, but they shared one goal – becoming a superstar.

I met 32-year-old Ram Pratap Verma, an aspiring Bollywood star, on one of my research trips to the beach where he was practicing gymnastics and martial arts. The first thing I noticed about him was his bag, which had the word 'Journey' written across it. I felt it was kind of symbolic. I found out that Ram had made his journey to tinsel town eight years ago from his small village, about 1500km (930 miles) from Mumbai.

Ram and I met a couple of times at a roadside tea stall. It was very difficult for me to convince him to let me document his life as a Bollywood aspirant. After almost two-dozen cups of tea, I finally managed to convince him. I wasn’t sure whether he would be himself in front of me but, like him, I took a gamble.

Ram had his first brush with acting when he ran away from home to escape the beatings of his elder brother. He joined a local company of actors who performed religious plays in nearby villages and lodged with them for two years before returning home.

For the first few days of my assignment, I didn’t take any pictures of Ram. I would just take the camera out and pretend I was clicking. The whole exercise was to test him and see whether he would change his behaviour in front of the camera or act normally. I noticed he felt self-conscious.

I followed him everywhere with my camera for a week without capturing a single frame. Slowly but surely, after a while, Ram started feeling comfortable around me and the camera. I would eat with him at roadside restaurants, attend his training sessions and auditions, and hang out with him at the tailoring shop where he worked or the city park where he slept at night.

I actually started shooting pictures of Ram about one month after meeting him. Our relationship had changed from being photographer and subject to being friends. This helped me get a lot of access to his life, for example going to the tailoring shop where he sewed old clothes for half a day to earn enough money to travel to auditions, or watching as he saved lunch money by eating at a temple during community meals.

I noticed that Ram carried his home, his whole life, inside his bag, which contained two shirts, one pair of trousers, two pairs of track pants, two T-shirts, a few documents and some toiletries. He has permission from a local politician whose birthday celebration he danced at to sleep in a park.

Every day, Ram practices his martial arts and gymnastics on one of the famous beaches in Mumbai in the hope that someday a Bollywood producer or director will spot him while taking a walk.

Many big Bollywood names have lived this kind of life and struggled hard before stardom beckoned. Ram draws inspiration from them. To feed his passion, he makes it a point to watch at least one film every week at a single-screen cinema, where the ticket prices are cheaper than those at multiplexes. The giant screen at the movie theatre keeps his hopes alive.

Ram faces a difficult task, but this was also one of the most challenging stories I have worked on so far - right from getting access to the subjects and locations, through to photographing their struggles, or as they suspected, their “failure”.

What kept me going though was the urge to tell the behind-the-scenes story of Bollywood. It required immense patience and sensitivity. But my biggest take-away from this assignment has been never to get disheartened or scared when attempting to tell a story that is difficult. Dreaming big is quite normal for many out there, I've learnt. 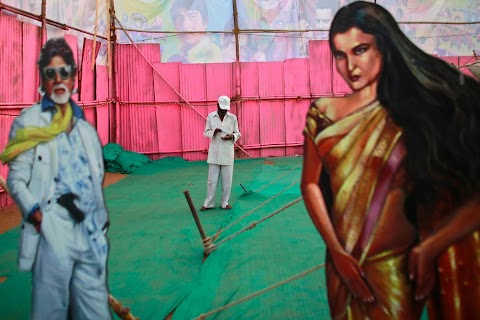 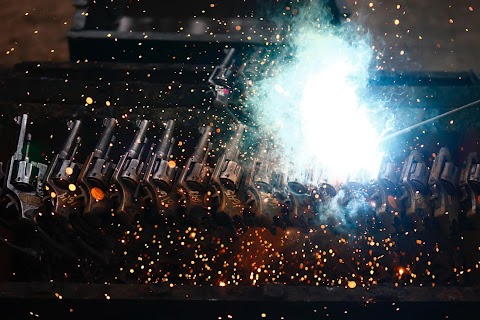