It is not hard to see why Jodhpur, standing under the shadow of an ancient fort in the Indian state of Rajasthan, is known as the blue city.

The cobalt walls help keep the buildings cool during hot summer days. Locals say the distinctive colour was originally used by the highest caste of priestly Hindus, Brahmins, to set apart their houses. The rest of the population soon followed suit, turning the desert city into an oasis of colour.

"Painting the houses blue has nothing to do with the colour of the Indian cricket team’s kit."

The blue city of Jodhpur in Rajasthan is testament to the description of India as “a land of colours”. This assignment was both exiting and very challenging for me.

The melodramatic view from the top of the Mehrangarh Fort showing the blue city in the desert landscape had been depicted a lot by tourists, amateurs and professional photographers alike. So I came up with an idea to portray the city using the simple thread of everyday life in its narrow alleyways, a viewpoint that goes mostly unnoticed while photographing Jodhpur from above.

The main challenge came from Mother Nature itself. In order to get the perfect image I had to wait for the exact lighting conditions I needed: that only came after trekking up to the Mehrangarh Fort, when I was also hit by a sandstorm. However that blessed me with magical light after the storm died down.

I was also treated to a sudden downpour, a great surprise in these dry lands. It made the whole city look even richer in colour.

While shooting photos for this story I found myself wondering in the alleyways of the city witnessing people’s everyday life: an elderly person reading a local newspaper, Rajasthan homemakers gossiping or kids making their way to school.

Painting the houses blue has nothing to do with the colour of the Indian cricket team’s kit; nor are all Jodhpur residents huge fans of the sport. There have always been religious and caste divides in the vast and diverse land of India. According to some, the elite Hindu Brahmins painted the houses blue to mark a clear distinction from people of other castes and religions.

The reason stated by locals is that blue keeps off the heat, as the summers in these lands are quite harsh; locals also say the colour acts as a deterrent against mosquitoes.

As I went from house to house asking residents, the reasons given for choosing such a vivid colour differed; whatever the logic behind them, the buildings look fantastic whether at eye level or from a bird’s-eye view from the top of the fort built by the Rajputs, the region’s former warrior rulers.

On a four-day assignment I walked countless miles into the dark and dingy alleyways and puffed my way up a hill to reach the top of a fort. However tiring the process was, it got me closer to my subject and helped me fashion the story of the blue city into a brief series of images. 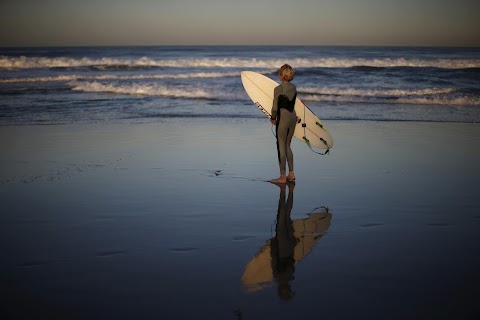