A young man expertly balances a ball on the side of his head. He is at Circo do Beco or "Circus of the Alley", in the Vila Madalena neighbourhood of Sao Paulo.

Every Monday for over 10 years, street jugglers and members of Sao Paulo's circus have gathered here to perform, teach each other tricks, de-stress and have fun.

"I felt like a ghost observing the joy of that weekly encounter."

A few days ago I ran into the Brazilian mural artist Kobra in the Sao Paulo neighbourhood of Vila Madalena. He told me that in the very same city square where we were standing, in front of one of his graffiti paintings, jugglers gather every Monday night.

The following Monday I headed for the square around sunset, and it was just as Kobra had told me – I found a group of jugglers in the middle of the square, which is surrounded by and covered with graffiti.

Before I even took out my camera I asked one of them if he expected more to arrive. “Uyy,” he answered. “In about an hour this place will be packed.”

I was about to experience what’s known as the Circo do Beco: Circus of the Alley.

They began to play music, which to my delight was the same kind of thing I like listening to. Just the sounds of Manu Chao, one of the founders of the now defunct Mano Negra band, and Brazilian singer Criolo made me feel at home.

Meanwhile, more people kept arriving for the art of magic, and I took out my camera and discretely began taking pictures. I didn’t want to interfere with their juggling. I noticed children with their mothers learning to juggle, and I couldn’t help smiling behind my camera.

Something beautiful was happening; nobody asked me my name or what I was doing there for at least the first hour. Usually I’m questioned about what the pictures are for, where I work, if they’ll appear on the Internet, etc. Here it was all laughter and lively chatter accompanying their juggling.

Suddenly I discovered that there were several people around speaking my own native tongue, Spanish, and I realised that a number of the jugglers were Argentines and Colombians.

I stopped to take photos of a group of them and they said that they had been working in a plaza in Barcelona, but that the crisis there forced them to leave. The immigrants said that because of the crisis, Spain’s youths are pessimistic and seem stuck in time. I answered that life goes in cycles, and that it’s now time for the Spanish to emigrate to Latin America.

In Sao Paulo’s alternative Circus of the Alley, these artists who had been illegal immigrants in my country had found a way to meet new friends and, through conversations and learning experiences based on juggling, had discovered new paths for their lives.

At one point I wanted to take some shots from high up, but the only tall thing around was a basketball hoop. I asked for help getting boosted up and sat there precariously, trying not to fall.

I could see so many people around who didn’t notice me at all, and I felt like a ghost observing the joy of that weekly encounter of street jugglers and circus artists.

It struck me that I didn’t want to ask for their individual names. It seemed wrong to personalise the picture captions because what I wanted to produce was a story in tribute to them as a group.

One of the guys I spoke to works for a salary in a real circus, and explained that he comes to the Circo do Beco because it was here that he first learned to juggle seven years ago.

He learnt here and went to a professional circus, but makes it his ritual to return every Monday.

“Here, there is no difference between the best and the worst of jugglers. This is an encounter where we share our tricks, meet new people, and spend a few hours laughing together, in other words enjoying our street art,” he said.

I can’t stop thinking of the look on one kid’s face as a juggler taught him tricks. That picture says it all about the future of many children at this meeting.

The final moment arrived, and my last picture was of a juggler and his hula-hoop in the perfect position of farewell. That was my magic photograph.

With great sorrow I watched them say goodbye with embraces and head off toward their separate homes.

A newspaper columnist recently wrote that while Rio has its symbol in Christ the Redeemer, Sao Paulo’s symbol is it street art. The city is one great open-air museum. 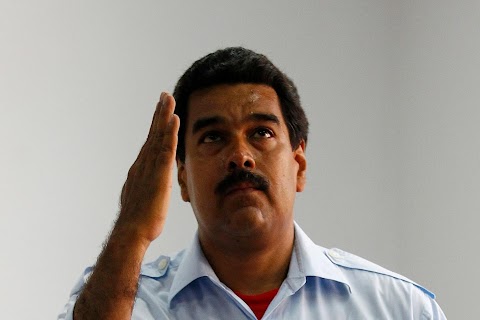 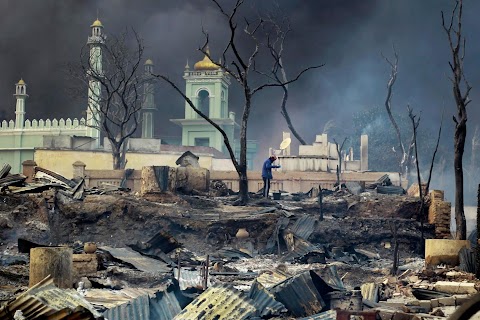