A Buddhist monk with an anxious frown sits huddled next to a transgender at a school in Bangkok. The unlikely pair are both waiting to speak to officers during an army draft.

When it comes to serving in the army, Thai men over 21 face a choice: they can volunteer to serve six months, or opt to take their chances with an annual lottery. If they draw a black card they can skip military service, but if they draw a red one they must serve for two years.

Luck Of The Draw For Thai Army Recruits

Winai Sawaengkarn closes his eyes before reaching into a wooden box and drawing a black card. He beams, and his watching mother sweeps him up into a tight embrace, overjoyed that he will not have to serve in the army.

Winai, 21, is just one of thousands of Thai men taking part in April's army recruitment lottery that will determine if they serve in the military. Others unwilling to chance fate volunteer for a shorter stint.

"I've been lucky. But I'm happiest for my mother," said the delivery man, who shouted when he saw his black card which exempts him from military service.

Men over 21 must serve in the army, which has always been at the forefront of Thai politics but has come in for some rare criticism since 91 people died in anti-government protests in 2010.

Those who volunteer serve six months, but others choose the annual lottery, which goes on for 10 days in recruitment centres around Thailand.

Nobody wants a red card, which means serving for two years, with the chance of a posting in the dangerous south.

"I haven't slept in a week. I prayed before coming here that he wouldn't get a red card," said Noppakorn Leelahemkattana, mother of a 20-year-old son.

Only those not considered physically capable of service, the mentally ill and those who have significantly altered their physical appearance - such as transgenders, who are more visible in Thai society than in many other nations - are exempt. Students can defer while in full-time education.

Some wealthy and well-connected Thais have been known to pay bribes to keep their sons from military service, but others see the army and its 9,000 Thai baht ($310) a month salary as a way out of poverty and a means to discipline unruly sons.

"I want my son to be a soldier, he drinks too much and could do with the discipline," said Acharaya Goonyatip. "If he's sent to the south, I would make peace with that. We all have to die anyway." Her son subsequently drew a red card.

Created as a permanent organisation in 1852, the Royal Thai Armed Forces has been treated with deference on the whole, despite some occasional criticism in a country that has seen 11 successful military coups since 1932.

But that started to change in 1973 when it suppressed a student uprising. The army has also come in for part of the blame in the deaths of 91 people after the government ordered a crackdown on a 2010 anti-government protest.

Its sometimes draconian ways, such as drills that involve being forced to drink litres of water and then vomit, or punishments like rolling head first on gravel pits, have been criticised from within and without.

Some people also question the fact that the army does little to help the vulnerable in its midst. Drug use is prevalent, and some recruits are sexually abused.

"There was a lot of drug abuse, people on amphetamines. We had officers inspect our urine once or twice a month," said Manit Iamsomboon, an engineer who served two years in the Royal Thai army after drawing a red card.

A commanding general with the Territorial Defence Command acknowledged that there were problems with drugs, which he said were an endemic social problem.

"I would say about half of our recruits every year have used drugs at one point or another," said Wichit Seeprasert. "We can help them temporarily stop because we do checks but after they leave it's out of our control."

Among those singled out for special treatment are transgenders, who are not allowed to change their gender on their national identification cards and may be unlucky enough to be recruited if their physical changes are still slight.

But there has been little overt public outcry and no calls to change the system, which is viewed with resignation as something of a male rite of passage.

"This is part of every Thai man's life," said aspiring chef Jom Radidgumpu, who was filing papers to defer until his studies were over. "You can leave it up to fate or you can volunteer." 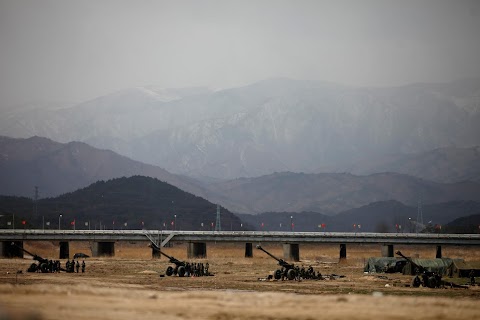