Former prime minister Margaret Thatcher was a towering figure in British 20th century politics. A grocer's daughter with a steely resolve, she inspired conservatives the world over by drastically rolling back the state.

The "Iron Lady" was a divisive politician, both loved and loathed as she crushed the unions and privatised large swathes of industry. She died on April 8, aged 87, after a stroke.

Britain and admirers worldwide are mourning Margaret Thatcher, who has died aged 87, as the "Iron Lady" who rolled back the state and faced down her enemies during 11 years as Britain's first woman prime minister.

Her impact on the 1980s was such that opponents, including Labour's Tony Blair and Soviet leader Mikhail Gorbachev, led tributes to a legacy that radically transformed the British economy along free-market lines now widely taken for granted and includes her role in the peaceful end to the Cold War.

But while U.S. President Barack Obama spoke for many in the wider world in praising the grocer's daughter with the eyes as steely as her resolve, the scars of bitter struggles left Britain itself as deeply divided now as under her leadership.

The next day's newspapers told the story: "The Woman Who Saved Britain", declared the Daily Mail from the right; "The Woman Who Divided A Nation", headlined the left's Daily Mirror, which questioned the grand, ceremonial funeral planned for next week.

Still Britain's only woman prime minister, the unyielding, outspoken Thatcher led her Conservative party to three election victories, governing from 1979 to 1990, the longest continuous term in office for a British premier in over 150 years.

She was loved and loathed in equal measure as she crushed trade unions, privatised swathes of British industry, clashed with European allies and fought a distant and improbable war to recover the Falkland Islands from Argentina.

She struck up a close relationship with U.S. President Ronald Reagan on the Cold War, backed the first President George Bush during the 1991 Gulf War, and was among the first to discover that Gorbachev was a man she could "do business with".

"Very few leaders get to change not only the political landscape of their country but of the world. Margaret was such a leader. Her global impact was vast," said Tony Blair, whose term as Labour prime minister from 1997-2007 he acknowledged owed a debt to the former leader of his Conservative opponents.

"The real thing about Margaret Thatcher is that she didn't just lead our country, she saved our country."

Obama led an outpouring of tributes from the United States: "America has lost a true friend," he said.

Mourners laid roses, tulips and lilies on the doorstep of her house in Belgravia, one of London's most exclusive areas. One note said: "The greatest British leader" while another said to "The Iron Lady", a soubriquet bestowed by a Soviet army newspaper in the 1970s and which Thatcher loved.

But, in a mark of lingering anger at a woman who explained her belief in private endeavour by declaring "there is no such thing as society", someone also left a bottle of milk; to many Britons, for scrapping free milk for schoolchildren as education minister in 1971, she remained "Maggie Thatcher, Milk Snatcher".

The former premier died peacefully on the morning of April 8 at the Ritz Hotel after a stroke. Having retreated into seclusion after being deposed by her party, the death of her businessman husband Denis in 2003 and creeping dementia had kept her out of the public eye for years. She had been in poor health for months.

Lord Bell, a spokesman for the family, likened her to her hero Winston Churchill - a comparison echoed on the recaptured Falkland Islands - while Cameron said she would go down as Britain's greatest peacetime prime minister.

A ceremonial funeral with military honours at London's St. Paul's Cathedral next week will be short of a full state funeral, in accordance with her family's wishes. 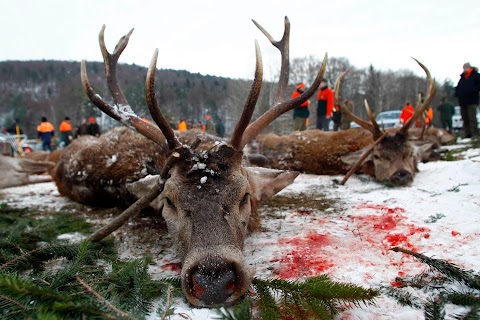 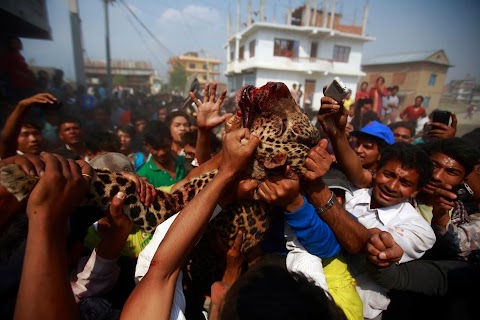