Luis Salgado, nicknamed “Chucho”, holds his passport as he takes his first flight ever from Havana to Miami.

Chucho was granted a U.S. visa based on the fact that his father is a legal resident in Texas – a status he acquired after fleeing Cuba by boat ten years ago. Now Chucho is joining him, taking advantage of a new travel policy in place in Cuba, which allows citizens to leave the country with no need for exit visas.

"In 2003 it took Chinito a total of 40 months to make it to the U.S clandestinely. Now, ten years later, it took his son Chucho barely 40 minutes."

Jesus Salgado, or “Chinito”, was fished out of shark-infested waters from a frail, sinking boat by a U.S. Coast Guard patrol near the Bahamas back in 2003.

He had finally made his illegal exit from his country, Cuba, after a lot of planning, and even after spending a year in prison when a previous plan to escape was thwarted by the authorities. In those days, just thinking of leaving the country illegally was heavily penalised.

Salgado was returned to Cuban soil, but not in the proper sense. He was taken to the U.S. Guantanamo Naval Base on the eastern tip of the island, where he remained 20 months working as a mechanic for wages that he unfailingly saved up. He was then allowed to go to Honduras, with the same ultimate goal of reaching the States.

He travelled through Honduras and Mexico, and finally reached the U.S. border, but not without trouble. On the way he was imprisoned in Mexico for a week, and given a document stating he must leave Mexican territory in ten days.

In that time he made his way to the border with the United States, where he was assaulted by bandits. Luckily, the money he earned in Guantanamo was well concealed in the form of traveller’s checks wrapped in plastic and sewn into the seams of his underwear. The bandits were only able to steal his pocket money.

“My only aim since I left Cuba was to reach the U.S. and work, work, work, and keep working,” Chinito pointed out.

“I want to be reunited with my son and daughter in the U.S. Now, ten years later, I have fulfilled part of my dream, I am in the U.S. with my son Chucho. I still can’t believe it, please pinch me,” he said in Miami.

I got the okay from the family to follow Chucho – whose full name is Luis Jesus Salgado – all the way from his village in Cuba to Miami, where he was to meet his father. I would document his whole voyage: a human story of sadness, tears, and joy.

Chucho is a village boy who had never been near an aircraft before. The first time he saw an escalator outside of the movies was in Miami Airport.

Back in 2003 it took Chinito a total of 40 months to make it to the U.S clandestinely. Now, ten years later, it took his son Chucho barely 40 minutes on a direct flight from Havana to Miami to get there legally.

The Cuban adjustment act, a United States federal law enacted in 1966, stipulates that any Cuban who sets foot on U.S. soil will automatically be granted legal residence and economic assistance. Later, in 1995, the law was revised with what is called the “wet feet, dry feet” policy, under which any Cuban found at sea would be returned home or to a third country.

All those years, Cuban law mandated that citizens apply for an exit visa before travelling overseas. But the last Communist Party Congress in January changed that by abolishing the exit visa requirement.

Thanks to that and to other reforms, in Cuba you can hear a buzz of conversations that begin something like: “Where in the world can we go without a visa?” and “How much can I sell my house and car for?” and “I should run now and get my passport made.”

Near the Havana Libre Hotel, the former Havana Hilton, a vendor named Javier Rodriguez told me: “Now I can go for a couple of years, work, save up, and come back and invest my money here, in my own country.”

The debate over privileges granted to Cubans in the U.S. is heating up, with growing resentment from non-Cuban immigrants as to why they, the Cubans, should have it so easy to get legal status.

I followed Chucho through the whole immigration process and was only separated from him once by Immigration at Miami airport.

I said to the attending officer, who seemed very cheerful, “Please, I would like to go with Chucho.” The officer answered, “That’s not possible, man, he is Cuban and he will go through a different channel which will take hours.”

“Do you speak Spanish?” I asked.

I followed the exit signs and met Chucho’s father, Chinito, and we waited together for a couple of long hours. Chucho finally appeared carrying his empty carry-on suitcase. He looked cool, as if he had gone travelling all his life and was used to it.

The meeting between father and son after ten long years was emotional. It had finally happened.

We went from the airport to the home of a relative that lives in U.S. government-subsidised housing that is typically offered to Cubans. As we stepped into the lift, Chucho whispered in my ear: “I have never been in an elevator.”

In the evening, I saw Chucho at the entrance to the motel where he was staying with his father, looking bemused at the incessant traffic rolling down Miami´s main Flagler Street. “Why is there nobody walking in the street?” he asked me.

When asked about politics, Chinito says: “I have no interest anymore in any kind of politics, right, center or left.”

His son, Chucho, says, "I feel a bit small and overwhelmed now in the U.S., but I feel good, I am with my father and my priorities are to learn English, to drive and find a job, in that order, so I can save up and help my mother and family back in Cuba.” 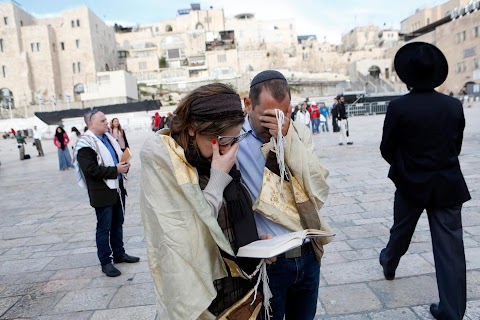 Women of the Wall 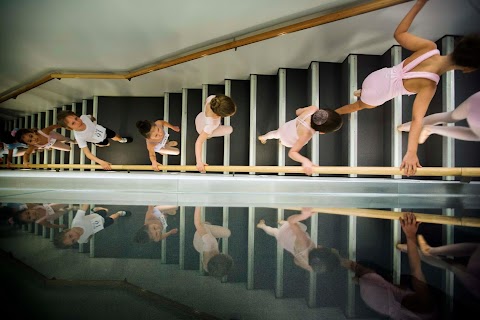