A woman holds her newborn baby in a nursery at the Juba Teaching Hospital in South Sudan.

The world's newest country, South Sudan also has the planet's highest maternal mortality rate at 2,054 per 100,000 live births, according to the United Nations Development Programme. Only 14.7 percent of births are assisted by skilled professionals, the organisation says.

"The nurses both had kind smiles and were nice to the mothers."

“Go look inside and then come back and tell us what you think,” the doctor responsible for the maternity unit at the Juba Teaching Hospital in South Sudan told me. “We are many years behind,” was his own assessment.

I had arrived in Juba, South Sudan, a few weeks earlier with feelings of serious trepidation but also with a great deal of excitement. I had wanted to come here since 2010, when I was living in the Sudanese capital of Khartoum – so before the South’s independence in July 2011.

South Sudan is the world’s newest country and according to the United Nations Development Programme (UNDP) it also has the planet’s highest maternal mortality rate.

The UNDP website says that an estimated 2,045 out of every 100,000 women in the country die from pregnancy and only 14.7 percent of births there are attended by skilled professionals. There is just one qualified midwife in South Sudan per 30,000 people, according to the organisation.

I went to Juba Teaching Hospital and wanted to see what the maternity unit there was like. The walls of the ward seemed to have been recently painted in blue and it was clean, but the rooms were quite small so it wasn’t that easy to move around between mothers with babies, babies on beds, machines and nurses at work.

The nurses both had kind smiles and were nice to the mothers. They were sweet and careful with the babies.

I was photographing two mothers holding their infants in one of the nursery’s two rooms, when a really small baby was brought in. They started taking care of him and I saw he had breathing problems and really tiny hands.

Other infants were brought in, one after the other, by men wearing white shirts and black pants. The maternity staff were all quite young, and while the nurses talked to me at the beginning, at one point they started ignoring me completely and focused only on the tiny newborn baby.

I spent less than two hours shooting pictures in the nursery, during which time it was quiet and calm and everything flowed smoothly.

When I felt I had been there for too long, I took my leave. They barely looked at me as they said goodbye and continued tending to the children. 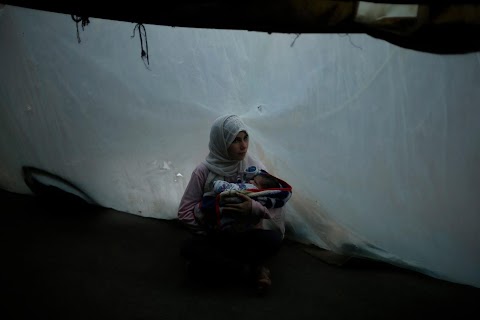 Living on a knife edge 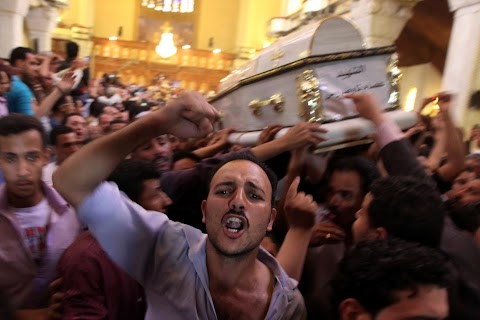