Here are some of the striking moments captured by our photographers as U.S. voters went to the polls and the stories behind the images:

I live down the street from Donald Trump's campaign headquarters but had never noticed who worked there. When we were unexpectedly allowed onto the office floor, I was struck by the crowd of smartly dressed young people behind the president's re-election campaign - tense, tired and excited. It was around noon, but the clock on the wall had been stopped after counting down to midnight.

Just after noon on Election Day, I noticed a cat sitting on the shoulder of a voter at a polling station in Louisville, Kentucky. As I approached it turned to look at me. The man continued getting ready to cast his ballot as if having a cat on his shoulder while voting was completely normal - a bit of light relief on a stress-filled day. 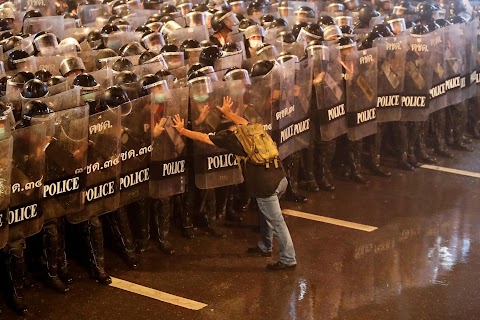