Afghanistan's April 5 election is supposed to mark the first democratic transfer of power in its history, but the vote is set to be anything but straightforward.

The Taliban have launched a violent campaign to disrupt the poll and it could take months for a winner to be declared at a time of uncertainty as most foreign troops prepare to leave. In the run-up to the tense vote, Reuters photographers documented life around the country.

The panorama above shows the ruins of the 1920s Darulaman Palace in southwest Kabul, where young men gather in the evenings to play cricket and soccer and chat with their friends.

People crowd together at Pule Kheshte Market in central Kabul, a teeming bazaar near one of the oldest mosques in the city.

A police checkpoint, which was set up in the run-up to the election, operates in Kabul’s Pul-I-Mahmood Khan neighbourhood.

Shoppers and merchants gather in an old part of Kabul, a poor neighbourhood with signs of damage from the civil war.

"I looked for places... that would document something of the wall-to-wall security but would also show people carrying on with their everyday lives."

It’s now widely accepted that the latest war in Afghanistan has not gone well. As an intermittent visitor here over the past 10 years, several differences are visible to my western eyes, but I keep realising how much there still is in common with the Kabul of a decade ago.

I had not long been on staff at Reuters when I was given my first assignment in Afghanistan. That was the spring of 2004. Back then, there were perhaps more people of foot in the city and fewer cars. There were certainly not as many cell phones and Internet cafes as there are today.

Now, the country’s presidential election, which is supposed to mark the first democratic power-transfer in Afghanistan’s history, is just a few days away and heightened security ahead of the vote makes a big difference to the way Kabul looks. Security was also an issue in 2004, but the threat of violence was much less great, and I could travel outside the city without too much concern.

But other things haven’t changed. Although there’s more barbed wire and a 3G service has become available, overall infrastructure problems don’t appear to have reduced. As Kabul’s population has boomed, the roads and water supply don’t seem to have advanced at all.

Speaking to locals this week, they talk of the same problems they did back then too: corruption, lack of quality healthcare, and problems finding good schools and jobs for their children. Many still wish to emigrate to Western countries.

Trash and pollution remain widespread, as does poverty, and public life is still dominated by men.

At the same time, the good things I remember remain too. I’m still welcomed into businesses and shops all over the place, Qabeli Palaw still tastes great and people are still friendly and make allowances for my poor language skills and odd foreign ways.

I shot a series of 360-degree panoramas to give a different view of what Kabul looks and sounds like.

I looked for places to shoot that would document something of the wall-to-wall security but would also show people carrying on with their everyday lives despite it all. 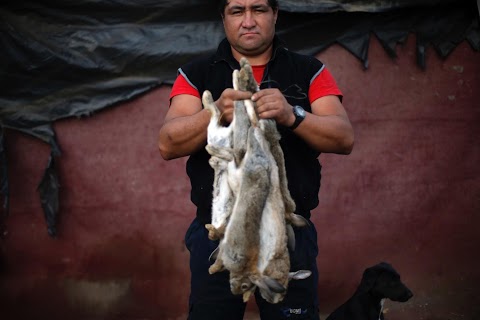