A puppy sits by the remains of a dog thought to be its mother in a neighbourhood of Kyaukphyu, torched in a wave of sectarian violence between ethnic Rakhine Buddhists and Muslims in October. The clashes in western Myanmar left 89 people dead according to the official toll and led to the near-total expulsion of long-established Muslim populations from two townships.

On a hot Sunday night in a remote Myanmar village, Tun Naing punched his wife and unleashed hell.

She wanted rice for their three children. He said they couldn't afford it. Apartheid-like restrictions had prevented Muslims like Tun Naing from working for Buddhists here in Rakhine State along Myanmar's western border, costing the 38-year-old metalworker his job.

The couple screamed at each other. Tun Naing threw another punch. Neighbours joined in the row.

The commotion stirred up ethnic Rakhine Buddhists in the next village, who began shouting anti-Muslim slurs. Relations between the two communities were already so tense that six soldiers were stationed nearby. Tun Naing's village was soon besieged by hundreds of Rakhines. And Myanmar was plunged into a week of sectarian violence that by official count claimed 89 lives, its worst in decades.

The unrest exposes the dark side of Myanmar's historic opening: an unleashing of ethnic hatred that was suppressed during 49 years of military rule.

It is a crucial test for an 18-month-old reformist government in one of Asia's most ethnically diverse countries. Jailed dissidents have been released, a free election held and censorship lifted in a democratic transition so seamless that U.S. President Barack Obama is scheduled to make a congratulatory visit on November 19.

State media have largely absolved authorities of any role in the unrest that flared in late October, depicting it mostly as spontaneous eruptions of violence that often ended with Muslims burning their own homes.

But a Reuters investigation paints a more troubling picture: The wave of attacks was organised, central-government military sources told Reuters. They were led by Rakhine nationalists tied to a powerful political party in the state, incited by Buddhist monks, and, some witnesses said, abetted at times by local security forces.

A leader in the regional party, the Rakhine Nationalities Development Party, denied it had a role in organising the assaults but conceded the possible involvement of grass-roots supporters. "When the mob rises with very hot ethnic nationalism, it is very difficult to stop them," Oo Hla Saw told Reuters in an interview.

Two townships - Pauktaw and Kyaukphyu - saw the near-total expulsion of long-established Muslim populations, in what could amount to ethnic cleansing. One village saw a massacre of dozens of Muslims, among them 21 women.

Interviews with government officials, military and police, political leaders and dozens of Buddhists and Muslims across a vast conflict zone suggest Myanmar is entering a more violent phase of persecution of its 800,000 mostly stateless Rohingya, a Muslim minority in an overwhelmingly Buddhist country.

Rohingya have lived for generations in Rakhine State, but Rakhines and other Burmese view them as illegal immigrants from neighbouring Bangladesh who deserve neither rights nor sympathy.

October's attacks marked an acceleration of violence against the Rohingya. An earlier wave of unrest in June killed at least 80 people. Afterwards, the Rakhine State government imposed a policy of segregating Muslim communities from Buddhists across an area roughly the size of Switzerland.

More than 97 percent of the 36,394 people who have fled the latest violence are Muslims, according to official statistics. Many now live in camps, joining 75,000 mostly Rohingya displaced in June. Others have set sail for Bangladesh, Thailand and Malaysia on rickety boats, two of which have reportedly capsized, with as many as 150 people believed drowned.

There is no evidence to suggest the Buddhist-dominated national government endorsed the violence. But it appears to have anticipated trouble, stationing troops between Muslim and Buddhist villages a month ago, following rumours of attacks.

"This is racism," said Shwe Hle Maung, 43, chief of Paik Thay, where impoverished Muslim families cram into thatched homes without electricity. "The government can resolve this if it wants to in five minutes. But they are doing nothing."

As anti-Muslim violence raged, swathes of houses were burnt to the ground and people on both sides of the ethnic divide, but principally Muslims, lost their lives.

The last spasm of unrest took place at Kyauktaw, a town north of the state capital, Sittwe. At that point, the military shot into the crowd - and, for the first time, killed the Buddhists it had long been accused of siding with.

The shootings seemed to send a message to the mobs. The violence stopped that day. The senior police officer in Naypyitaw, the new capital of Myanmar, acknowledged that police were forced to fire at both Muslims and Rakhines in their attempts to subdue large crowds.

The official death toll from the October violence now stands at 89. The real toll could be higher. The extent of the killing remains unclear in Yin Thei village, where a massacre took place with an official death toll of five Rakhines and 51 Muslims killed, including 21 Muslim women, according to a senior police officer in Naypyitaw.

Reports persist that scores of Muslims fleeing Pauktaw drowned after Rakhines rammed their boat. Nearly 4,700 homes were destroyed in 42 villages.

In a statement on October 25, President Thein Sein warned that the "persons and organisations" behind the Rakhine State violence would be exposed and prosecuted. In Kyaukphyu, however, police have so far arrested only seven people - six of them for looting. In Mrauk-U township, where most killings occurred, only 14 people have been arrested, said a military intelligence officer.

The intelligence officer, who has direct knowledge of the state's security operations, identified the suspected ringleaders as Rakhine extremists with ties to the Rakhine Nationalities Development Party, or RNDP, which was set up to contest Myanmar's 2010 general election. He didn't name any suspects. Buddhist monks stoked the unrest with anti-Muslim rhetoric, he added.

RNDP Secretary-General Oo Hla Saw denied that his party organised any mobs. But he acknowledged the possible involvement of supporters, low-level officials and "moderate monks who become radical when they think about Muslims."

In some parts of the state, the mood is celebratory in the wake of the clashes. "This is the best time because there are no Muslims here," said Zaw Min Oo, a Rakhine shoe seller in Pauktaw township. Nearly 95 percent of a 20,000-strong Muslim community there is now gone. 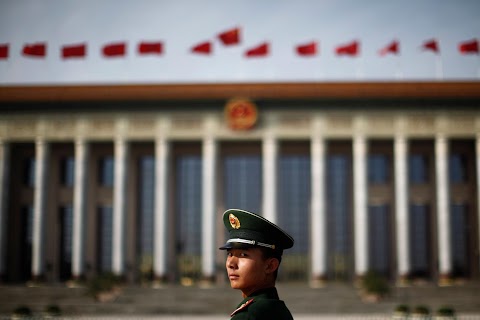 One man, one party 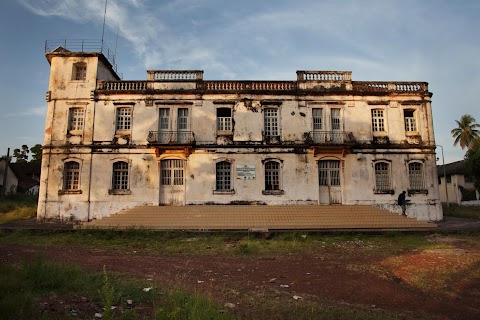 The weight of history