The human body is capable of great things. If you are in any doubt of that fact, a look at people performing the ancient Indian sport of Mallakhamb may be enough to convince you.

Practitioners suspend themselves from ropes or grip onto wooden poles and contort themselves into one tricky yogic posture after another - an activity supposed to toughen up their bodies and focus their minds.

"There are no fancy tricks or extra equipment – the students must hold themselves up using the strength of their bodies alone."

Mumbai has very few green open spaces. But one of them is Shivaji Park, a large field in central Mumbai where people gather to play and practice sports. Tucked away in a quiet little corner of this park is a small building, and if you walk past in the early mornings or evenings, you’ll see some interesting sights outside.

There are ropes there hung from bars about 20 feet off the ground and wooden poles about 8 feet tall. You’ll see kids suspended from the ropes and climbing up the poles to perform a variety of gymnastic postures that fall into the “can you really do that!?” category of performance.

The centre, which has been around for over 80 years, is the Shree Samartha Vyayam Mandir and the sport is called “Mallakhamb.” The name is composed of two Indian words – “malla”, which means “strong man”, and “khamba”, which means wooden pole.

I’ve always been curious about what exactly the sport is all about, so I met Uday Deshpande, whose day job is with the customs department, but who comes to the park mornings and evenings, seven days a week, to conduct Mallakhamb classes.

I mentioned that I was interested in doing a story on this amazing sport, and Uday invited me to photograph a number of demonstrations and classes. He told me that the sport has been around for a long time – since the 12th century – but became more popular in the mid-1800s and now has a strong following in India.

When I walked past the area before, I always thought the poses were amazing, but being present for entire classes upped the “wow” factor for me.

The girls are dressed in bright red leotards and do warm-ups before the class. They perform on the rope and I was told it requires a lot of mental strength, because the rope is gripped almost entirely by lateral movement of the toes. Initially it hurts a lot.

Students must learn to get past the pain in order to perform the “yogasnas” or yogic poses. Girls swiftly climb up the ropes and suspend themselves in unbelievable positions – upside down, on their side, and in a variety of yogic postures including the lotus position. It requires strength, flexibility and concentration.

The boys come dressed in bright orange trunks and perform on the pole, which is applied with castor oil to help their grip and reduce abrasions to the skin. There are no fancy tricks or extra equipment – the students must hold themselves up using the strength of their bodies alone.

Feet wrap around the top of the pole; powdered hands grasp it and thighs tighten as they suspend themselves in a huge variety of poses. Flat, upside down, one foot on top of the pole, arms out like Superman in a pair of orange trunks – I was astounded by some of the postures.

Uday told me that it’s a sport for everyone and that, with a little training, anyone can do it as long as they are mentally tough. He has classes for people in their 40s and there are even people in their 80s who do Mallakhamb from time to time. His group even travels to Germany once a year, where another set of practitioners has been training for over a decade and is growing rapidly.

I told him I’d be keen to try it sometime, but maybe I should go to the gym for a little while first and build up my strength a bit more.

The question is - are you this flexible? 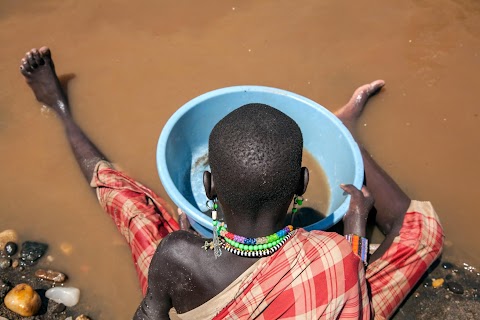 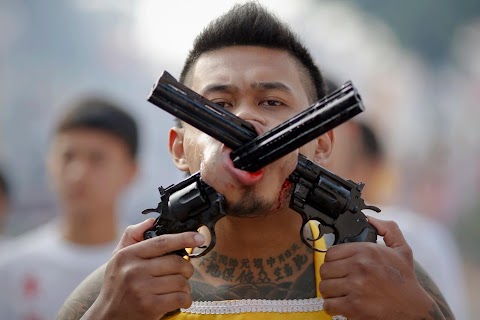 Cutting out the meat