Years of violent conflict gave birth to the tiny West African country of Guinea-Bissau. It took a 14-year struggle to unseat its brutal Portuguese colonial rulers, who themselves had inflicted a 49-year-long war of 'pacification' on the local population.

The legacy of this violence is still felt today. Since Guinea-Bissau switched to a multiparty system in 1995, no president has completed a full term.

"Only a few goats and bats inhabit the buildings, but the structures still dominate the landscape."

When Guinea-Bissau is in the news, it’s almost always for the wrong reasons: coups d’état, assassinations, drug smuggling and extreme poverty.

Journalists like to cite the fact that since the tiny West African country switched to a multi-party system in 1995, no president has completed a full term. The country is often labelled a “narco-state” because South American drug cartels use its islands and mainland as a waypoint for trafficking cocaine to Europe, even though its neighbours are dealing with the same problems.

But this reputation is rarely put into historical context. After the Portuguese created what is modern-day Guinea-Bissau in 1890 when European powers divided the African continent at the Berlin Conference, they fought a 49-year war of “pacification” against the local African communities resisting their rule.

To gain its independence from an extremely violent Portuguese rule, the anti-colonial rebel group PAIGC (African Party for the Independence of Guinea-Bissau and Cape Verde), fought a brutal liberation war from 1960 to 1974.

After independence, hopes for a better life were high, but mismanagement, political infighting and the legacy of violence disrupted efforts to rebuild the country. After a few years of peace, elements of the PAIGC took their revenge against the Bissau-Guineans who fought for the Portuguese and massacred hundreds at a time.

Tension among politicians and the military grew to a boiling point in 1998, when the country erupted in civil war for a little less than a year.

Today, “the country is ‘managed’ by a cycle of violence…which is a extension of prior conflicts, conflicts lived during the national liberation war,” said historian and former independence fighter Mario Cissoko.

In total, the country has been officially at war for 65 of the 122 years since its colonial creation. In between that time, a low-level conflict has been waged. The extreme violence has scarred every citizen of the country.

After independence, Sambu and her comrades had high expectations of their wartime leaders, whose deeds on the battlefield showed that they were capable of accomplishing a lot for their country.

“Independence was good because we got rid of the Portuguese,” she said. “But we are still working. Every day we see things we don’t want to see.”

On the island of Bolama, where the Portuguese first built their colonial capital, pastel-coloured colonial mansions and state houses are left to crumble among the palm trees. Only a few goats and bats inhabit the buildings, but the structures still dominate the landscape of the island and the consciousness of the people.

“You chase out the Portuguese colonisers, you condemn them, you say they’re bad, they kill, they imprison, they take our African resources. And then after you take power you do worse than them,” the historian Cissoko said.

“It’s not sufficient to have a flag, to have police, a government. Independence is much more than that,” he added.

Faced with economic paralysis and a lack of international recognition of his government, the president Manuel Serifo Nhamadjo argued that Guinea-Bissau’s problems needed to be properly diagnosed before they could be addressed.

“Since 1995, why has no president finished a mandate? We need to find out why. Why have there been so many assassinations and no justice up to now? ...Why is there so much hate in Guinea-Bissau?” Nhamadjo said to me in an interview.

These things have been happening a long time,” he said before adding, “If we don’t take time to stop and think, we are just prolonging these problems."

For Adja Satu Camara Pinto, a former independence fighter who is now the president’s chief-of-staff, “the people have lost the hope of the revolution.” 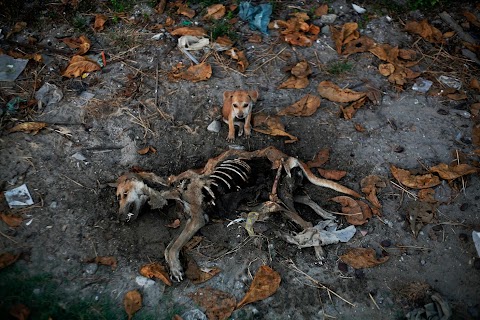 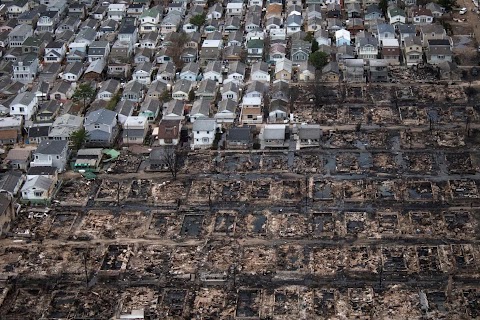