Jung Hwi-beom was among the 250 students and teachers from Danwon High School who died in the Sewol ferry disaster. His family, including his mother Shin Jum-ja (right) and younger brother, Jung Soo-beom, have kept his room as he left it as a memorial to him.

Nearly a year on from the April 16 disaster, which killed a total of 304 people, many of the grieving parents in this industrial city on the outskirts of Seoul have left their lost children's bedrooms intact, unable to put away mementos and items of daily use.

Jung Bu-ja (right) and Shin Chang-sik, parents of Shin Ho-sung, stand in their son's room. "I was protesting, asking for an inquiry to find out the real reason why the ferry capsized,” Jung said. “All I wanted to know was the reason why the crewmen were all rescued but our children had to die.”

“Spring has come and flowers are blossoming, but moms cannot smile,” said Lee Sun-mi, mother of Kim Ju-hee, standing by her daughter’s bed. “The world after the tragedy is not the place that I had known.”

“The Sewol disaster taught us about the problems of our society and adults should make efforts to fix them, although it’s too late,” said Jung Hye-suk, mother of Park Sung-ho. “We have to strive to prevent any reoccurrence of this disaster.”

"Please don’t forget our children,' I kept on hearing."

I will always remember the day, April 16, 2014, when I took photos of the ferry disaster.

Nor will I ever forget the reaction of parents in front of the bodies of their loved ones. I heard mothers crying when they saw the bodies recovered from the sea.

It was very distressing to take photographs of them at that moment partly because I had never experienced grieving that intense before.

Recently, approaching the first anniversary of the tragedy, I happened to meet a community group through a photographer friend. The group is called ‘4/16 achievements’, referring to the date of the accident and the achievements of the children up to the time of their death.

This community group had been trying to collect children’s belongings given by their families as a way to remember those who lost their lives.

I came up with the idea for this series of photos to mark the first anniversary when talking with members of this group.

Families of the dead had gathered in a square in central Seoul to protest, calling for an official enquiry into the sinking. I explained my idea to the people I met there. Twelve families accepted my proposal.

All of the relatives I met as part of this project wanted me to take photos of them standing in front of their loved ones’ belongings.

Before taking the photographs, I talked with family members for about 30 minutes and asked them to stand in their children’s room.

They stood calmly in front of my camera but I felt it was like a protest combined with deep sorrow, calling for their children not to be forgotten.

Even so it was very hard to take these photos. I saw the eyes of the family member through my lens and I felt their deep sorrow.

It was an immense sadness I had to face when I took the pictures.

When I visited the first family, I saw a note that said, “Ha-yeong’s dream is to become an international aid worker” on a girl’s desk.

That prompted me to ask about other children’s ambitions during my visits to the families.

“As I see photos of the children, each and every one of them is pretty and precious,” said Kim Mi-hwa, mother of a boy called Bin Ha-yong.

“All of them had dreams,” she said. “They could have become a president, a minister, a famous artist. It’s a tremendous loss for our country.”

Her son talked about becoming an illustrator. I remember seeing the drawings left behind in his room.

Of the 325 students on board the sunken ferry Sewol, 250 never returned to their families. On that day a year ago, 250 dreams sank with them. 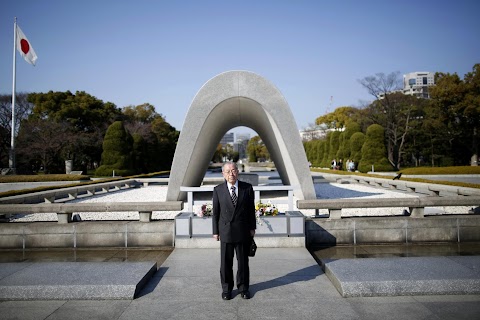 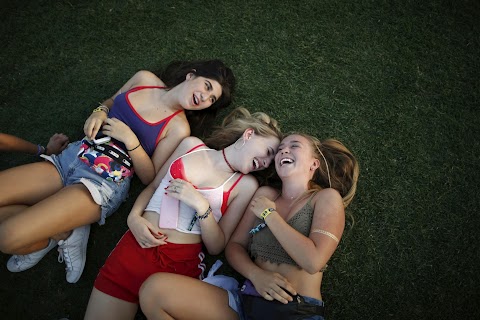 Sounds in the desert