Vehicles move across the weird, geometric landscape of a mine in northern Chile that works to produce lithium - the world's lightest metal and a key component in batteries used to power a range of technologies from cell phones to laptops to electric cars.

Argentina, Chile and Bolivia hold the planet's largest known reserves of the element, and together are sometimes known as the “lithium triangle”.

"The sight was amazing – I saw pools of different sizes and colours, incredibly sharp in the high altitude air."

The view from above Chile’s Atacama salt flat, the world's second largest salt flat and the largest lithium deposit currently in production, is truly impressive.

As I flew over the area, I pointed out to the pilot where to turn to get the best view of the huge rectangular brine pools from which the element is extracted.

The sight was amazing – I saw pools of different sizes and colours, incredibly sharp in the high altitude air. Their outlines looked like futuristic carvings etched on the immense salt flat, crowned by the Andean cordillera. The clouds hovering above us worked as a filter to soften the sun’s rays.

Like giant batteries lying in the middle of the pale desert, the brine pools not only created a truly unusual landscape, they also pointed to the prospect of economic production far into the future. Chile holds a quarter of the world’s known lithium reserves, currently producing around 40 percent of the world’s supply, and could carry on yielding the metal for centuries to come.

Experts say that if the world’s petroleum supplies are exhausted in coming years, lithium could play a leading role as the raw material for clean energy.

The description of the mining triangle that straddles the borders of Chile, Argentina and Bolivia, as the “Saudi Arabia of lithium” could then truly become a reality.

"At last we reached the miners’ camp, which was little more than a few shipping containers turned into living quarters"

It was the second time in two years that I followed those 360 km (223 miles) of zigzagging mountain roads, some of which we could only drive at a slow crawl, to reach a 4,000 meter-high (13,123 ft) white plain. I was en route to the Salar del Hombre Muerto - “Dead Man’s Salt Flat”.

We passed small clusters of no more than a dozen straw and adobe huts, equipped with solar panels and satellite TV. Vicunas and llamas constantly crossed our path, and at one point we had to bribe a llama with crackers to let us through.

At last we reached the miners’ camp, which was little more than a few shipping containers turned into living quarters, equipped with all the comfort that was possible in the inhospitable region.

A normal working day there began with a medical checkup for the 20 men and one woman in the camp. After that, groups of workers took different positions on the salt flats according to the job they had to do. Most of the work going on now is related to exploration and research in preparation for the future extraction of lithium from the mine, which is planned for 2015.

We visited a typical highland village called Cienega Redonda with no more than 60 inhabitants. Many of them are relatives of miners, and the women live a pastoral life, breeding sheep, goats, llamas and alpacas for their meat and wool.

After a few days spent with the workers and exploring the huge area of the salt flats, I ran across a new pack of llamas on my return. Among them I recognised the same one that had stopped us days earlier.

This time around he had no reservations about sticking his head into the car in search of the same crackers that he had demanded to allow us to pass the first time. It seemed clear to me that he had been expecting us.

"The salt flats give you a strange feeling, something like overwhelming and endless solitude."

As rich as it is spectacular, the Uyuni salt flat has the enchantment of undiscovered beauty that transcends the camera, and reaches into the soul.

I first visited Uyuni – the largest salt flat in the world – more than five years ago, when I came during an event to promote tourism, and landed in an old Douglas DC-3 on a dirt runway.

When I went back there last month to shoot a story on lithium mining, I could see and feel how much things had changed in this fantastic place, which is the world’s largest reserve of the mineral.

Now, two airlines host four flights a day to the brand new Joya Andina airport, where the 4,000-meter-long paved runway puts Uyuni closer to foreigners from all over the world.

Among those who fly here are tourists, technicians and suppliers for a pilot plant built by the government of Evo Morales to exploit lithium.

The mining project is managed by the National Administration of Evaporitic Resources (GNRE), and aims to extract the mineral from the roughly 10,000 square kilometers of salt to produce lithium carbonate, manufacture lithium-ion batteries, and even make electric cars, a dream of Morales.

With special permission from GNRE, we visited the pilot plant, located in the community of Llipi, on the southern edge of the flats.

The 21 brine pools break the monotony of the landscape of the white desert. There will be as many as 80 in the coming months to cover an area of more than 100 hectares (247 acres), considerable in size but all but imperceptible in the salt flat’s immensity.

The Bolivian government wants to play a leading role in exploiting the Uyuni salt flat, which is not only a huge store of lithium but also an important tourist destination in this impoverished country. The tourism industry there has grown thanks to the new airport and to a highway now connecting the area to the colonial city of Potosi. Guides and drivers try to learn English, and manage to communicate with visitors from far away.

On our trip to Incahuasi, an island covered by cactus in the middle of the salt flats, we shared a 4x4 Land Cruiser with Canadian, Belgian, Danish and Bolivian tourists. We passed groups of motorcyclists and a lone Japanese adventurer crossing the flats on a collapsible bicycle.

The salt flats give you a strange feeling, something like overwhelming and endless solitude. All of this happens within a silence that seems to swallow even the soft cooing of the wind blowing across the altiplano. Maybe that’s why it’s a favourite destination for adventurers and dreamers. 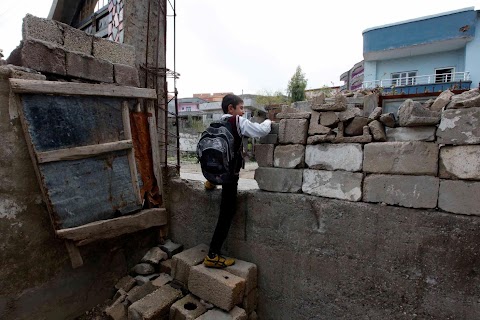 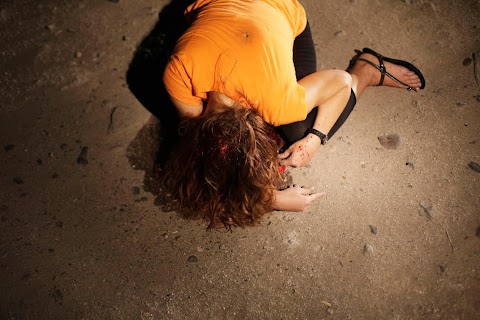 Shot in the murder capital