However carefully an event is planned, sometimes the unexpected still happens.

A young cadet stole the show during the celebrations for the 121st anniversary of the Colombian National Police and the graduation of a new class from the police academy - simply by collapsing in the middle of the ceremony.

"Days later I heard that the fallen cadet wanted to quit the force."

When I heard a television journalist call to her cameraman to come running, I thought it was just to get a better angle of some VIP arriving to celebrate the 121st anniversary of Colombia’s National Police, and the new graduating class of the academy. I’m farsighted and I didn’t have my glasses on, but I did have a 400mm lens on my camera.

A few more moments went by and I still didn’t catch what all the fuss was about. But then I spotted the cadet on the ground, who had apparently fainted in the middle of the ceremony. Instinctively, I began photographing.

Help was so slow to arrive that I was able to shoot this bizarre scene of a policewoman lying unconscious from different angles, as she lay face down on the ground in her best uniform. It was at least five minutes before a couple of police officers finally carried her away.

In the meantime the ceremony continued in the presence of the presidents of Colombia, Costa Rica and Honduras, who I assumed were asking themselves the same thing I was – why did it take so long in the middle of a formal ceremony to help this girl get up?

Her companions could only look at her out of the corner of their eyes, and their faces revealed anguish when nobody rushed to help.

I wondered how many hours the cadet had been waiting on her feet for the ceremony to begin, and what her fellow cadets were thinking that kept them from rushing to her aid. Maybe they would have been punished for breaking protocol, or even expelled from the academy.

Days later I heard that the fallen cadet wanted to quit the force, but the generals didn’t accept her resignation. She considered herself a victim and expected others to side with her protest, even though this kind of thing happens everywhere.

After what was otherwise a very boring ceremony, a striking photo of her on the ground in a forest of legs was on the front of the next day’s national newspapers, ready to provoke either jokes or compassion in a country that has been immersed in its own conflict for several decades.

This cadet will never forget the day she collapsed, nor will I ever forget my farsightedness - although luckily I still had enough time to get the photos.

At the end of the ceremony, an officer told us not to send the pictures, but of course we did. Maybe he felt a reason to be ashamed of the event, because the ceremony was tainted by a cadet who “fell asleep” for five minutes on the grass during the 121st anniversary of Colombia’s embattled police force. 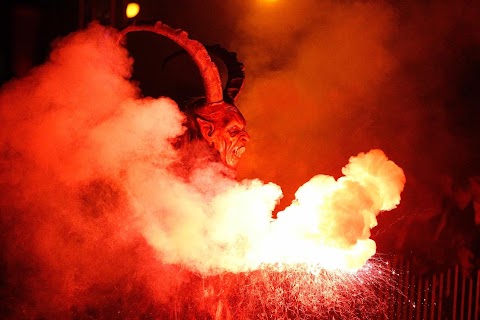 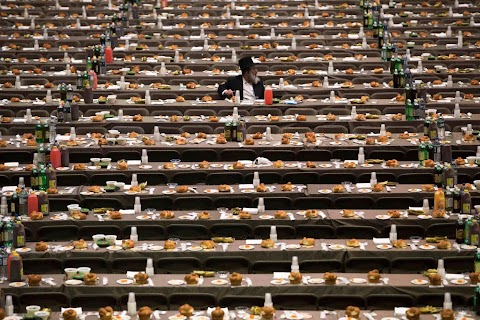