Some obstacles are tough to move, and the elderly couple who lived in this house was one of them. Even as the area around their home in eastern China was transformed into an economic development zone, the couple who owned this house long refused to leave, and a new road was constructed right around them.

Now, however, they have succumbed at last to the inevitable, and the house has been demolished.

“He just waits day after day by his house, puffing on cigarettes."

“Right now, buying a house like this would cost me more than 2 million yuan, but the government only offered me 260,015 to move. Where could I go?” said 67-year-old Luo Baogen.

He was smoking a cigarette in front of his partially demolished house, which stands alone, right in the middle of a road in Wenling, eastern China.

Homes like this are nicknamed “nail houses” in Chinese – they are the last remaining houses that still stick out stubbornly in areas where everything else has been cleared for development.

This “nail house” about 500 kilometers (310 miles) from Shanghai quickly became an Internet sensation after dramatic photos of it were published in local news reports.

I wanted to do a follow-up story and get some more pictures for Reuters, so I travelled there with a TV colleague.

It was difficult to believe that a place as small as Wenling was undergoing big changes like the ones taking place in Shanghai. On my train ride, I saw construction sites both big and small on either side of the railway. As soon as I stepped off the train I could hear the noise of heavy machinery, constant reminders of the rapid economic development going on in this country.

I knew most problems with “nail houses” were the consequences of economic developments. This one was no exception.

After a brief interview, we learnt that Luo Baogen and his wife were farmers who used to live in a quiet village too small even to be found on Google Maps, with just a few houses and some crop fields in the surrounding area.

But a few years ago the local government decided to take advantage of the high-speed railway that ran through this village, and to turn this place into an economic development zone. Negotiation and demolition followed. Fast-forward to today, and Luo and his wife are the last family refusing to move.

Luo told us he felt distressed because the government’s response changed all the time. He doesn't know what else he can do, so he just waits day after day by his house, puffing on cigarettes.

While we were interviewing Luo, dozens of other villagers came to us to complain about the local government’s behaviour, but all of them asked for their comments to be off the record. Meanwhile, an unidentified man used a mobile phone to take pictures of us to keep us on file.

I have covered several stories about houses like this over my career as a photojournalist. Sometimes I can feel the same sense of powerlessness and smallness as my interviewees do, being in the way of the development of a fast-growing nation. 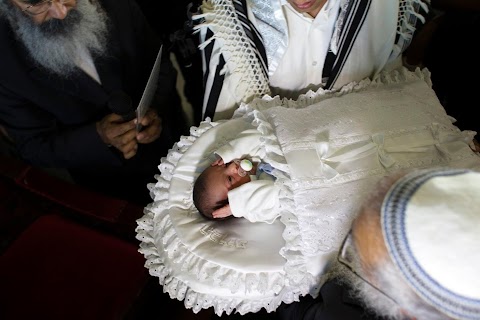 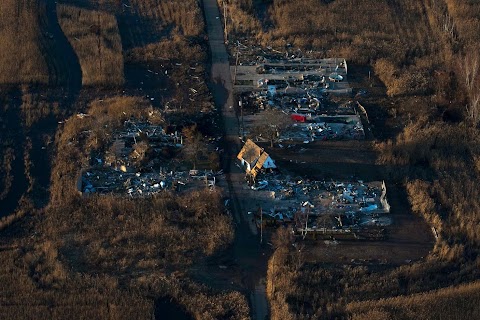 Seeing Sandy from the sky