"No one is immune to climate change - rich or poor. It is an existential challenge for the whole human race,” said U.N. Secretary-General Ban Ki-moon, speaking during the international climate talks in Doha that ended Dec. 7.

The scale of the issue is indeed huge. Human beings' impact on their environment is affecting societies around the globe - from these residents at a dumping ground in Pakistan, to citizens in the world's richest cities.

How the world discovered global warming

300 BC - Theophrastus, a student of Greek philosopher Aristotle, documents that human activity can affect climate. He observes that drainage of marshes cools an area around Thessaly and that clearing of forests near Philippi warms the climate.

1820s - French mathematician Jean-Baptiste Joseph Fourier suggests something in the atmosphere is keeping the world warmer than it would otherwise be, a hint at the greenhouse effect.

1830s - Swiss naturalist Louis Agassiz presents evidence of past changes in Alpine glaciers, pointing to ancient Ice Ages and showing that the climate has not always been stable.

1860s - Irish scientist John Tyndall shows that molecules of gases such as water vapour and carbon dioxide trap heat. He wrote that changes "could have produced all the mutations of climate which the researches of geologists reveal."

1896 - Swedish chemist Svante Arrhenius becomes the first to quantify carbon dioxide's role in keeping the planet warm. He later concluded that burning of coal could cause a "noticeable increase" in carbon levels over centuries.

1950s - U.S. scientist Charles Keeling sets up stations to measure carbon dioxide concentrations in the atmosphere at the South Pole and at Mauna Loa, Hawaii. The measurements have shown a steady rise.

1965 - U.S. President Lyndon Johnson tells Congress: "This generation has altered the composition of the atmosphere on a global scale through ... a steady increase in carbon dioxide from the burning of fossil fuels."

1988 - British Prime Minister Margaret Thatcher tells the United Nations: "The problem of global climate change is one that affects us all and action will only be effective if it is taken at the international level. It is no good squabbling over who is responsible or who should pay."

1988 - The United Nations sets up the Intergovernmental Panel on Climate Change (IPCC) to assess the scientific evidence.

1992 - World leaders agree the U.N. Framework Convention on Climate Change, which sets a non-binding goal of stabilising greenhouse gas emissions by 2000 at 1990 levels, a target not met overall.

1995 - The IPCC concludes for the first time that humans are causing global warming, saying: "The balance of evidence suggests a discernible human influence on global climate."

1997 - The Kyoto Protocol is agreed in Japan; developed nations agree to cut their greenhouse gas emissions on average by at least 5 percent below 1990 levels by 2008-12. The United States stays out of the deal.

2001 - The IPCC concludes it is "likely," or at least 66 percent probable, that human activities are the main cause of recent warming.

2001 - President George W. Bush notes the U.S. National Academy of Sciences says greenhouse gases are rising "in large part due to human activity." He adds: "Yet, the Academy's report tells us that we do not know how much effect natural fluctuations in climate may have had on warming. We do not know how much our climate could, or will change in the future."

2007 - The IPCC says it is "very likely," at least 90 percent certain, that humans are to blame for most of the observed warming trend of the past 50 years. It also said warming of the planet was "unequivocal."

2009 - A conference of 193 countries agree in December to "take note" of a new Copenhagen Accord to fight climate change, after U.N. talks in Denmark. The accord is not legally binding and does not commit countries to agree a binding successor to the Kyoto Protocol when its first stage ends in 2012. The conference did recognise "the scientific view that the increase in global temperature should be below 2 degrees Celsius" and "deep cuts in global emissions are required."

2012 – U.N. talks are help in Doha, Qatar in an attempt to agree a symbolic extension to the Kyoto Protocol, which obliged 35 developed nations to cut their greenhouse gas emissions. 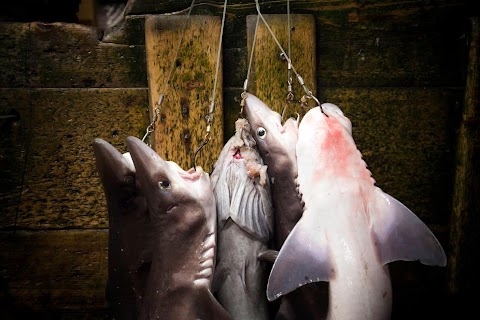 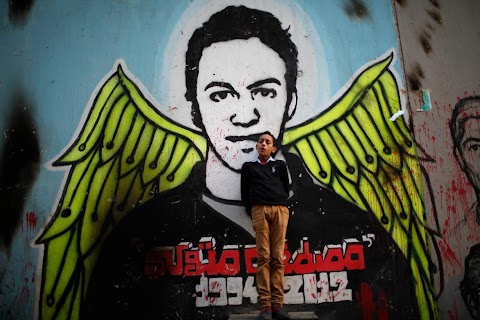 The art of protest