The Austrian region of Tyrol, with its pristine mountains, crystal clear lakes and green valleys, looks like the setting of a picturesque fairy story. But in November, when people celebrate the festival of Perchten, it can resemble the scarier side of fairytales too.

During this old pagan ritual, locals dress up as devils to take part in a performance to scare away the ghosts of winter and ensure a good harvest for the next year.

"Seeing all those gruesome-looking masks hanging on the wall reminded me a little bit of a Freddy Kruger movie."

Tourists and foreigners have to look twice when they attend a Perchten festival in the western Austrian region of Tyrol. Some probably think there is something wrong with the country folk: dressing up like demons, wearing head-to-toe animal skins and wooden masks, and behaving in a way that could easily be associated with some kind of devil’s cult. It just doesn’t seem normal.

The explanation goes back to about 500 AD. At that time, farmers performed pagan rites to disperse the ghosts of winter and help bring a fruitful harvest. They thought it might help to wear terrifying masks that would be capable of scaring anyone – even ghosts. And what is scarier than the devil himself? Nothing! Even ghosts have to be scared by the devil.

In 2012 not much has changed. Of course we know that scaring ghosts is not going to work, but traditions are deep-rooted and somehow people still believe in the power of pagan rituals. And in the countryside there is nothing more important than a good harvest, so why not help it along by getting rid of some winter ghosts one way or another? Old habits die hard I guess.

I wanted to look behind the curtain to see if the people involved are still really ordinary men and women just like you and me. And so I thought it would be best to document the production of the costumes, masks and preparations for a festival.

It wasn’t that easy to find a tannery that produces the special costumes, but eventually I found one in Scheffau, Tyrol. The boss was a woman named Barbara Trenkwalder and she told me that they produce all the costumes by hand from sheep and goat skins. They need 11 to 14 sheep for one costume and three dressmakers need to work one full day to make it. Of course, the tannery produces some other products as well, but in the months of September to November the dressmakers almost exclusively work on these outfits.

Barbara also introduced me to Markus Spiegel, a woodcarver in Paffenhofen, Tyrol. His workshop, which is located in the basement of his house, was full of finished masks, all staring angrily at me.

He showed me the whole production process, which starts with a 30 x 50cm stump of wood. Seeing him cut the stump with his power saw and seeing all those gruesome-looking masks hanging on the wall reminded me a little bit of a Freddy Kruger movie.

After cutting the stump into something that looked like the shape of a head, Markus started to show me the next steps - the fine and delicate art of woodcarving. The production of one mask takes almost 15 hours and so Markus’ waiting list for orders is over a year long.

Markus invited me to join his “Pfaffenhofener Tuifl” crew to go to a Perchten festival in Heiterwang, Tyrol. Since I wanted to photograph a festival anyway, I thought it might be a very nice opportunity to shoot the people dressing themselves up. And indeed it was.

During this festival more than 500 devils, large and small, donned their unique costumes and individually crafted masks and tried to scare the gathered spectators. People were screaming and smiling at the same time. The show the masqueraders put on was very impressive. Fire, fog and pyrotechnics made it all even more spectacular.

I now totally understand if people and children are a little scared by just looking at demons and devils… I was too! 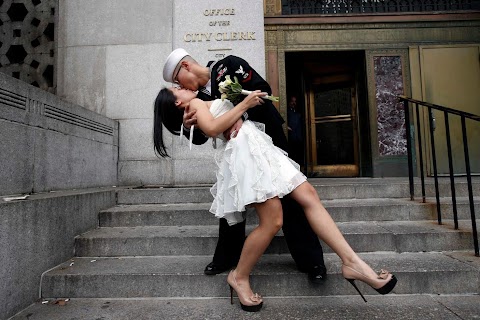 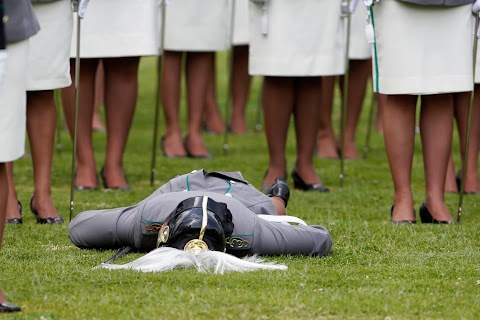