The Ocean Sunset commercial fishing boat doesn't just hunt sharks in the Pacific Ocean off British Columbia. But it is the sharks, specifically their fins - shipped to Asia, where they are used in soup - that cause controversy.

Animal rights advocates criticise the shark fin harvest but others say that eating shark fins is an old cultural tradition.

"After a few hours of rough swells, the sea got the better of me and I was ‘feeding the fish’ as the crew would say."

Last year, Canada became home to the first shark fishery in the world that was labelled with a Marine Stewardship Council certification. This is an internationally recognised certification that lists the B.C Spiny Dogfish Shark industry as ‘certified sustainable seafood.’ The fishery is located in the Pacific waters of Canada, off the coast and around Vancouver Island.

I spent a handful of nights on a commercial fishing boat called the Ocean Sunset. We departed from the small village of Ucluelet, which is on the Western shores of Vancouver Island. The only thing I forgot on land was my sea legs.

After a few hours of rough swells, the sea got the better of me and I was ‘feeding the fish’ as the crew would say. This was terrible for two reasons; firstly, anyone who has been seasick on a commercial fishing boat knows that the environment is cramped, and restless and rotting fish bait surrounds you. Secondly, after working to get access to this boat for nearly two months, I knew I couldn’t stop documenting life on the boat just because I was sick.

The shark fishing itself is interesting and the ship’s crews have the process down like clockwork. The kilometre-long lines are flung into the depths of the ocean and two crewmen attach bait with hooks to the line while it unwinds. After placing two of these long lines out in the ocean, the boat hurries back to the first one and starts winching the line up with their catch. The sharks that are caught are brought overboard and seamlessly unhooked and flung into the deep storage freezer below deck in one swift movement.

After a few hours, I had to start looking for different angles. The process is often so quick that they could bring up roughly 10 sharks in a minute. After four days, I had to develop new methods to find a fresh way to photograph this tedious process.

I also developed a friendship with the crew, which was not hard since the boat was so small. They had to put up with me being on the boat so I would help pitch in on chores – often cutting squid for bait or washing the deck. The crew and the boat are from a small first nation band on Vancouver Island, called the T’Sou-ke first nation. Shark fishing has been in their family for many years and they rely on this industry to live.

There was a lot of by-catch that they pulled up as well. Bright red rockfish, skate (a type of ray), black cod and even much larger sharks including tope sharks. At one point, when the crew was washing the pools of blood off the deck, a very large blue shark appeared next to the boat, attracted by the freshly spilled blood.

There was limited space in the living quarters to begin with, and my height of six foot five inches did not help to ease the discomfort. I brought one medium-sized pelican case full of gear which included two camera bodies, a few lenses and plenty of protective rain gear for the salty splash of water that would soak the deck and my gear. I wore full industrial rain boots and rain coveralls. The days were hot under the glowing sun but frigid when nightfall came.

I live in Chinatown, which is on the fringe of downtown Vancouver. The shops below my apartment sell shark fins in bulk, and a restaurant a few steps down the block features shark fin soup on its menu.

Will the MSC certification of this local industry change the outcome of banning shark fin products? We can only wait and see. 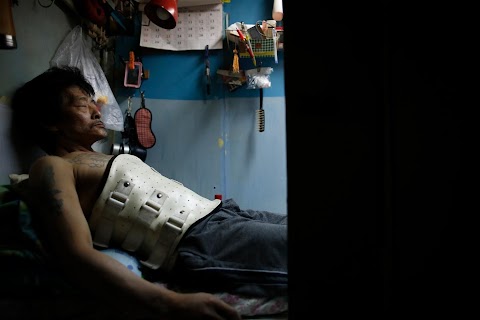 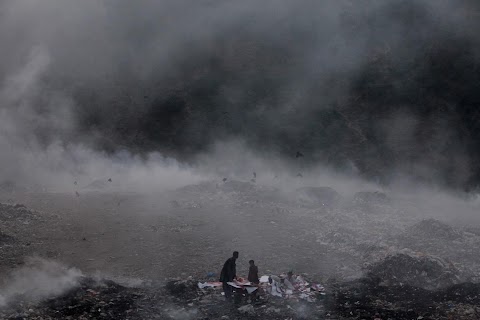