Abel Loureiro leads his dance instructor Pau Vazquez through a choreographed step that he prepared during a class with Fusionarte - a dance group for the mentally disabled.

Vazquez, an Argentine choreographer and dancer, founded Fusionarte in 2007 and she is the driving force behind this initiative to offer people with special needs an opportunity to express themselves through dance.

"The lack of space does not seem to bother them. They give it all they’ve got."

Luismi Astorga clasps his hands as he lifts his head up to the sky. He’s waiting to take the stage at a music club in Madrid, where his dance group, Fusionarte, is taking part in a charity gala.

Astorga closes his eyes and begins to pray. The click of my camera breaks his concentration and he smiles at me as he proceeds to tell me: “Waiting makes me nervous”. It’s not the first time Astorga faces the thrill of performing for a live audience. He has been dancing with Fusionarte since Argentine choreographer and dancer Pau Vazquez formed the group six years ago with the aim of introducing dance to people with special needs.

Around 20 adult men and women with different intellectual disabilities make up the group. They rehearse every Saturday for an hour and occasionally they perform.

“The galas are the highlight for all of them. Many times we perform at places that are not really fit for dancing, but (that) does not matter to them. They feel special on any stage,” Vazquez says.

This show is one of the many Astorga has participated in, but experience never fully beats his anxiety. The waiting room next to the stage is packed with other members of the group as well as other performers in the gala. A man dressed as the genie from Aladdin walks past us and sits nearby. “You have to ask for a wish”, Astorga tells me. “Mine is to become a professional dancer to dance with famous people,” he adds.

As I’m thinking of my own wish, the squeaking sound of a door opening comes out of the speakers and Jaime Saez, Jose Maria Matamoros and Pablo Ruiz Larrea jump on the stage. It’s “Thriller” time.

Despite some coordination problems, the trio wins the audience’s hearts. The smiles they wear throughout the whole performance make up for any mistakes. Michael Jackson would have approved.

Having a good time and showing people what they are capable of doing is the group’s goal – they are not really after perfection. Vazquez is the driving force behind Fusionarte. She put it together to provide its members with an option for leisure and art that they are frequently denied in mainstream society.

Three other instructors help her in this endeavour. They all have learnt to cater to the needs of each individual and make do with little, since they get no subsidies. Every week, they rent a dance studio for seven euros an hour and pay for the clothes or props they use when they perform at galas like this one.

Whitney Houston, flamenco, rap, and salsa follow before the group’s grand finale: the Little Mermaid’s “Under the Sea” song. The Fusionarte dancers hold their noses as if they were underwater and move their legs and arms like mermaids. The stage is so small that they can barely fit, let alone dance. But the lack of space does not seem to bother them. They give it all they’ve got.

The sight of the dancers feeling so empowered on stage makes me think of my own 65-year-old uncle, Toni, who also has an intellectual disability. I wonder how different his life might have been had he been exposed to experiences like Fusionarte early on. Would he have been better prepared to articulate feelings and emotions? Probably. Would he have dreamed of being a professional dancer like Astorga? Who knows. But I bet he would have gotten a kick out of wearing a fedora hat like Michael Jackson’s. He loves to dress smart.

With the sound of the last note, all the dancers hold hands and bow their heads. Luismi Astorga takes the microphone from the hands of a teary-eyed Lorena Torres, one of the instructors, and starts a long list of thank-yous with a special one for Pau Vazquez, who had checked into a hospital that very same afternoon to give birth to her first child.

When the speech is over, the dancers leave the stage accompanied by the cheers of their devoted audience. “How did we do?” Astorga asks me. “You rocked”, I reply. And he gives me a heartfelt hug.

No one felt more special that afternoon than me. 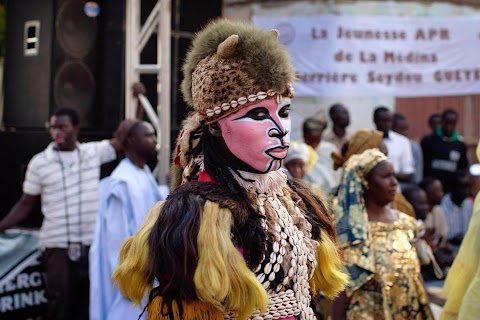 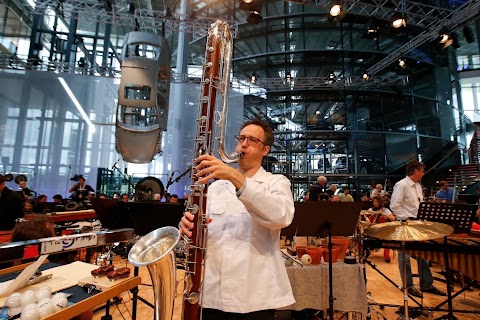 Not your mother's matinee