Joby Pathrose, (pictured below), a farmer living a kilometre away from the usually languid Periyar river in southern India, was woken in the night by the sound of rushing waters. Hours later his plantations and everything he owned were completely submerged.

"There was absolutely no warning from the government side," said Pathrose, describing the devastating flooding that hit his village of Okkal, in Kerala state, on Aug. 15. Pathrose says local authorities had advised his fields were safe, despite the incessant rains that battered Kerala at the peak of the monsoon.

The release of dam water, sharply criticised by some water management experts, has put a focus on reservoir operations and the need for better flood mapping and warning systems in India.

State government officials say the severity of the flooding was due to a once-in-a-century storm that could not reasonably have been prepared for, and that the spilling of dam water had little impact.

Reuters has learned the two largest reservoirs in Kerala - Idukki and Idamalayar - have been operating for years without any emergency action plans - a basic requirement for major dams worldwide. The reservoirs also lack "rule curves", another key safety protocol that dictates the level of water that can safely be maintained behind a dam at any point given seasonal factors.

These protocols, while recommended by the CWC, are not yet mandated by law. CWC says it is merely an advisory body and it hopes a new dam safety bill, under federal consideration, will make dam operators more accountable.

Reuters has also analyzed historical data that shows both reservoirs were at more than 90 percent of their full capacity on Aug. 2, or more than double their 10-year historical averages for that time of the year.

Dam management experts who spoke to Reuters said such levels were dangerously high for the middle of India's monsoon season.

Before: People are airlifted by the Indian Navy soldiers during a rescue operation in a flooded area in Kerala.
After: Indira, 66, poses with her husband Appukuttan Nair, 76, inside their house in Chengannur, Kerala.

"One of the key advantages of a dam is it can help moderate floods," said SANDRP's Thakkar, an engineering graduate from the elite Indian Institute of Technology (IIT) Mumbai. "That didn't happen as Kerala's dams were already full by end-July. Dams aren't supposed to be full before the end of the monsoons."

India's monsoon season runs from June through September, and southern states such as Kerala also typically receive heavy rain in the months of October and November as monsoon winds reverse.

The data also shows if the water levels in Idukki and Idamalayar had been slowly lowered to closer to their historical averages in the two weeks before the worst flooding began they would have been able to absorb all the water that fell during the mid-August storm.

"The release could have started earlier so that by Aug. 9 there would have been left-over capacities in the reservoirs to store the water," said Biswajit Mukhopadhyay, director of water resources at U.S-based engineering firm IEA, who analysed some of the publicly available data at the request of Reuters.

N.S. Pillai, chairman of the Kerala State Electricty Board (KSEB), a state-run body that manages most of Kerala's big dams, said that was a "highly hypothetical and imaginary conclusion". Heavy rain had not been forecast and blaming the dams for the flooding was "not justifiable", he said.

Still, dozens of flood victims interviewed by Reuters, who live in villages dotting the banks of Kerala's biggest river, the ‎244 km (152 mile) Periyar, say they faced no floods despite torrential rain in late July and early August. All of them said waters only rose overnight on Aug. 15.

That was when more intense rainfall forced KSEB to rapidly ramp-up releases of water from Idukki and Idamalayar reservoirs, which feed into the Periyar.

Before: A woman cries as she holds her son after they were evacuated from a flooded area in Aluva, Kerala.
After: Lakshmi, 35, poses with her son Sreehari, 6, inside their house.

Water management experts note state authorities and the KSEB issued an alert on Idukki's high water levels on July 31, when the reservoir was 92 percent full, but only began a slow release of water on Aug. 9, when levels were at 98 percent. Data shows Idamalayar spills began only when it exceeded its full capacity on Aug. 9.

James Wilson, who works for the Kerala government as special officer on a inter-state water advisory committee, said blaming KSEB was unfair, as Kerala's dams only have the capacity to store less than a tenth of the state's annual rainfall, and even less in years of extreme rainfall.

"However you prepare you have a problem with these type of events," said Wilson, adding Kerala's steep hills and relatively short river lengths give officials little time to react to freak rainfall.

CWC also said the rain in Kerala would have led to flooding regardless of whether water had been spilled from the dams.

"The release from reservoirs had only a minor role in flood augmentation," said CWC in a report seen by Reuters.

The report noted however, that most of the dams were already "at or very close to" full reservoir levels just before the most intense rain, and it called for a review of water storage norms at all major reservoirs in Kerala. It also shows nearly half the outflows into the Periyar between the peak flood days of Aug. 15 to Aug. 17 were from within the catchment areas of big dams.

While opposition parties in Kerala have demanded a judicial probe into the release of dam water, state officials have blamed the India Meteorological Department (IMD) for poor forecasts and the release of water into Idukki reservoir from Mullaperiyar - a dam managed by next-door Tamil Nadu state - for exacerbating the flooding.

In court filings, Tamil Nadu said the water released from the Mullaperiyar dam only constituted a small part of the spill from the much bigger Idukki reservoir.

The IMD has also responded, saying it "issued all necessary severe weather warnings".

KSEB's Pillai said forecasts failed to predict the intensity of the rain.

"If somebody strongly believes these dams should be used for flood control, I can only differ with them," he said.

Nayan Sharma, an expert on river engineering and a professor at IIT Roorkee, says hydroelectric dams incentivize operators to stockpile water as turbines are most efficient at full reservoir levels.

In January, CWC published guidelines for preparing operating manuals for dams. It even cited examples of plans to be followed to prevent the need for "heavy peak flood releases in panic".

This came after a 2017 report from India's Comptroller and Auditor General, the government spending watchdog, criticised the lack of dam operating manuals and emergency action plans (EAPs) for reservoirs in many states.

Kerala's revenue secretary and head of disaster management, P.H. Kurien, told Reuters he has twice written to KSEB requesting for EAPs and has yet to receive them.

KSEB's Pillai said EAPs and dam operation manuals were still being prepared. CWC said it was working with Kerala's government to speed this up. The Kerala Chief Minister's office did not respond to requests for comment.

Authorities in towns visited by Reuters, meanwhile, say that evacuation warnings were given.

"We made repeated microphone announcements about the opening of dam gates and asked people to move to safe places," said N.R. Jayaraj, deputy superintendent of police in Aluva, a town on the Periyar's banks that was badly hit by the floods.

Many people interviewed by Reuters who live close to the Periyar, said they got no warnings at all, while those that did said the information provided was inadequate.

"We were told the dam gates would be opened and we'd have to be alert, but no one was warned to expect this much water," said K.C. Anupama, who works at a school in Neriamangalam, adding the school is 20 feet above the river and was still flooded.

"No one in their wildest dream thought this would happen. No one thought waters would get here." 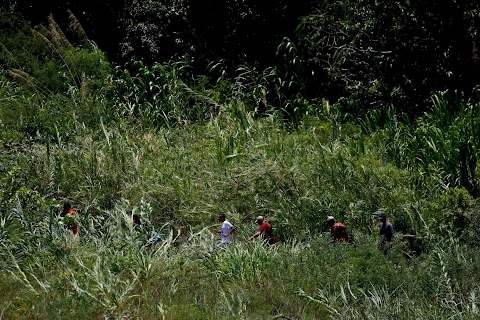 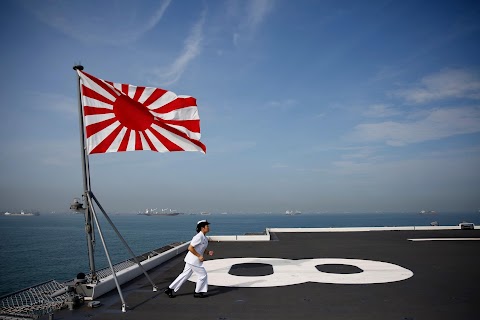