On the morning of April 8, 12-year-old Eduarda Lopes watched as her mother, Valdilene da Silva, was shot by a stray bullet in Rio de Janeiro's Manguinhos slum, one of the countless innocent victims of rising gangland violence in the city.

As she lay dying in a puddle of blood, Silva used her last breaths to tell her daughter to run and hide. But despite her fear of being killed, Lopes stayed with her mother.

Lopes speaks about the death of her mother.

"I waited with her until the final moment, by her side," Lopes told Reuters, as tears streamed down her face.

"I couldn't bear it," Lopes said, of when she got to see her mother's corpse later that day. "I saw her lying there and she looked like a doll, asleep. The only thing I could take with me were the earrings she was wearing."

Brazil's violence is spiking and ever more victims are caught in the crossfire of gangs warring with each other or police. Growing violence has become a key theme in the Oct. 7 election, and helps explain the rise of far-right frontrunning candidate Jair Bolsonaro, who wants to loosen gun laws and take the fight to violent gangs.

Rio de Janeiro state registered over 4,500 murders during the first eight months of 2018, up 6 percent compared with the same period in 2017.

More than 1,000 people died in confrontations with police in the state between January and August, official data shows, up over 50 percent on the same period in 2017. Authorities say those killed are mostly suspected drug gang members, while critics allege innocent people are also slain.

Rafael da Silva talks about the death of her daughter.

Alda Rafael Castilho, a 27-year-old police officer, was killed when assailants attacked her police station in the violent Penha slum complex in 2014.

"This doesn't end," said her mother, Maria Rosalina Rafael da Silva, 65. "Young people dying, families being destroyed. And I can say that because I've been destroyed." 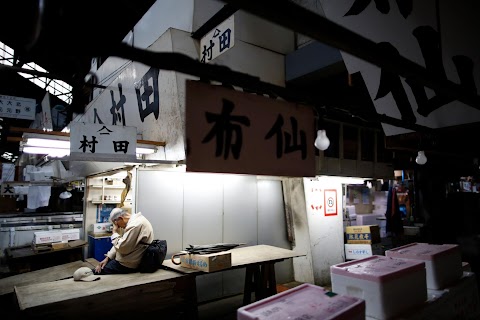 In Madrid, a Roma community prepares for relocation