After weeks of media anticipation, Britain’s Prince William and his wife Catherine emerged from hospital with their new baby boy on July 23, showing off the face of George Alexander Louis, now third in line to the British throne.

Competition to capture the moment was intense, with a throng of photographers and camera crews waiting in rain and shine to be in the right place at the right time to get a much-coveted image of the newborn.

"After 11 almost uninterrupted hours on top of my perch, we heard the news we were waiting for: Kate, William and the baby were on their way."

The last occasion I spent any amount of time at St Mary's hospital in London, I was giving birth to my own child. And I can honestly say that experience was a lot less painful than covering the arrival of the Duke and Duchess of Cambridge's newborn son.

A photocall for a baby might not seem like that tough an assignment – and for many of the endless days of waiting in the run-up to the birth, the only challenge was boredom – but when the time came, the physical and mental stress gave even the most severe labour contractions a run for their money.

First there was the planning – far more meticulous than for a birth when most couples simply have to pack an overnight bag, work out the quickest way to hospital and, for reasons we will never truly understand, prepare a relaxing CD of whale sounds.

For the photographers, this was more of a forensic exercise in which every detail was scrutinised minutely and agonised over.

Reuters had secured four jealously-guarded camera position offering different angles over the entrance to the Lindo Wing, where the baby was born. This might seem excessive, but to get that first shot of the new prince we needed to be ready for any eventuality.

For clues, we pored over photos of Charles and Diana taken in the same spot after the birth of Prince William. We even tried to establish whether the Duchess of Cambridge was left or right handed to predict which way the baby would be facing. In order to capture the baby's first expression, one photographer was stationed at the end of the street armed with an enormous 600mm lens and perched precariously atop an eight-step ladder.

He wasn't the only one.

If you've seen any footage from outside the hospital's Lindo Wing, you're probably aware that there was a large media crowd vying for images of the future British king – a bewildering forest of aluminium steps and long lenses.

Such was the anticipation ahead of the birth that many news agencies, including Reuters, had marked up spots for their stepladders weeks in advance. As the days ticked by, more and more press arrived, all armed with more steps.

And so Kate's eventual admission to hospital was greeted by a cacophony of clattering metal as hundreds of ladders of all shapes and sizes were scraped into position. Then the waiting began.

I was summoned to the Lindo wing at 7am on Monday, shortly after Kate's arrival. It was to be one of the hottest days in London, with temperatures reaching around 32 degrees Celsius.

It was almost impossible to move on my aluminium perch without bumping into another photographer. Bathroom visits involved clambering over five other ladders to reach the edge of the press pen. And, of course, although we heard news of the birth later that evening, by the time I climbed down at 7pm, nothing had happened.

The next day was worse. It was humid as well as hot and the air was angry with thunderstorms. Again we took up positions at 7am and again we waited. By now the boredom had turned to panic and tension as my colleagues and I anguished over our positions and equipment.

There was occasional light relief as more companies plied the media with freebies. One equipped us all with ridiculous yellow sunglasses, others handed out donuts, ices and pig-shaped candies which subsequently became ammunition in an impromptu food fight.

But spirits were dampened when the storm clouds broke late on Tuesday morning. We scrambled to protect our gear with umbrellas and trash bags as a powerful downpour inundated us.

Finally around 5.30pm, after 11 almost uninterrupted hours on top of my perch, we heard the news we were waiting for: Kate, William and the baby were on their way. Time for some last minute fussing over our exposure levels as passing clouds rapidly shifted the light conditions, and then action stations.

As it happened, the royal couple were very gracious towards the now rather shabby-looking media pack that awaited them. They paused on the hospital steps, allowing us to zoom in, smiled for the cameras, gently fielded a few questions and proudly displayed their newborn.

The happiness and relief lighting up their faces was matched later when, after the couple had driven away, similar emotions were experienced by the photographers who were finally able to climb down from their ladders and, having filed their images, call it a day.

Given the pain that went into it, for me it was certainly a memorable labour – but more so than my own?

Days earlier, during the downtime spent awaiting Kate's arrival, I popped in to the St Mary's hospital birth centre where my daughter came into the world in 2008.

The memories of that day were still fresh and, while they will never be eclipsed by the royal birth, they reminded me that aside from all the hoopla, the royal couple were about to embark on a rather magical journey.

As I was dwelling on this, one of the maternity nurses struck up a conversation and said that she recalled me from four years ago. I can only assume that this was because, as an American, I probably stood out by screaming a whole lot louder than most British moms do.

Perhaps childbirth is tougher than I recall. 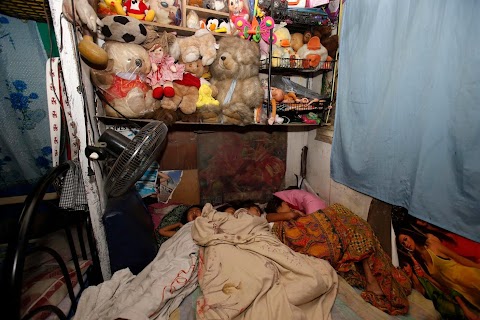 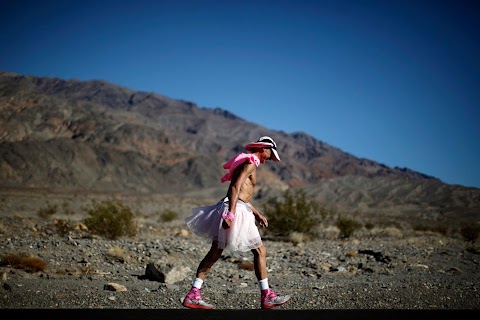 The toughest foot race on earth