A man with a piercing gaze stares through the window of a police bus after he and a group of other African would-be immigrants were picked up by the Maltese military from a vessel in distress.

The situation is not unusual: the summer usually sees a steady stream of often rickety migrant boats arriving in Malta and the Sicilian island of Lampedusa, seen as a gateway to Europe for those fleeing war and poverty.

"After a two-hour nap, I was up and about again, getting by on caffeine and adrenaline."

I don’t know his name. He’s just another guy sitting on a police bus looking out of the window. It was the same sort of scene I’ve photographed on countless occasions over the past decade or so. But this chap was looking intently and intensely, straight at me, through my camera lens and into my mind’s eye. His piercing, haunting gaze is burrowing itself deeper into the innermost recesses of my psyche as I keep looking back at the photo.

I didn’t think much of it at the time. I knew it was an image I would probably include in my edit but it wasn’t until I was looking at the photo on my computer screen that his eyes, his expression, the texture on the dirty windows, really got to me.

Sixty-eight African would-be immigrants had just disembarked from the Armed Forces of Malta patrol boat that rescued them 70 nautical miles south of the tiny island of Malta bang in the centre of the Mediterranean. Many were ill, injured, exhausted and barely able to stand.

The youngest was a day old, born out at sea to a Somali woman who must have been unimaginably desperate to attempt such a dangerous crossing from Libya to Europe. Over the past decade, thousands have died in the graveyard that the central Mediterranean has become.

The previous day, the Maltese government had threatened to immediately repatriate a group of new arrivals back to Libya without due process, drawing the ire of many NGOs who work in the immigration field, and leading to the European Court of Human Rights to issue an urgent interim order blocking the deportation at the eleventh hour.

NGOs protesting outside the police headquarters where the immigrants were being held incommunicado had listened to their radios with bated breathe which turned to great relief as Prime Minister Joseph Muscat made a statement in parliament that he would respect the court’s decision. Sadly though, his threatened pushback, even if only a bluff to get the rest of the European Union to take notice of the problem Malta faces, has unwittingly fanned the flames of xenophobia and racism to a degree not evident before.

At the same time, word spread that another boatload was on the way in.

It is impossible to cover all the arrivals, but in light of the political developments, I felt it was crucial to miss a night’s sleep and cover these next ones. After a two-hour nap, I was up and about again, getting by on caffeine and adrenaline.

I like to shoot with available light whenever possible, but it was so dark I reluctantly had to use flash for a few images. Some of the floodlights that normally illuminate the medieval bastions at the back of the army’s maritime squadron base weren’t working, so there was little available light apart from that from the patrol boat itself.

Sometimes I would wait for the headlights of an arriving army or police vehicle to momentarily light up the migrants as they lay on the ground. For some pictures, I placed the camera on the ground and used its live view mode to manually focus the image, as it was too dark for the camera’s autofocus to work or for me to focus looking through the viewfinder.

Once I had edited and filed my pictures, by which time it was daylight, I made my way to one of the detention centres on the island. Fortune would have it that, through the local newspaper I also work for, several days earlier we had arranged to visit the largest center this same day, so it couldn’t have been more timely.

I was able to photograph some of the same people I’d seen earlier that morning arriving at the centre, being welcomed by other residents. One woman was unexpectedly and emotionally reunited with a friend she’d made when they were held together in detention in Libya for seven months.

The day was far from over. Three more boats were intercepted and their occupants brought to shore in the evening, bringing the day’s total number of arriving immigrants to over 280. As an example to put that in perspective – given Malta’s size and population of around 415,000 inhabitants – that would work out at around 45,000 would-be immigrants arriving in France in a single day.

Latest figures show that 18,109 would-be immigrants have arrived on Malta’s shores since 1998, and that of these, around 5,300 remain in Malta, according to the UN Refugee Angency.

The working day that started at 3am after only two hours sleep continued until 1 a.m. the following morning. The army, visibly over-stretched, only allowed media access onto their Maritime Squadron base for the arrival of the first two boats in the evening. The army media officers were as burnt out as we journalists were, so no one complained when we were asked to leave. I had more than enough pictures to tell the story.

It’s a story that isn’t going away any time soon. I’ve been covering it for years and know I’m likely to continue to do so for several years to come. I must have photographed hundreds if not thousands of faces in all this time, and yet, something tells me that it is this man’s face with his piercing eyes that is going to stay with me longest. 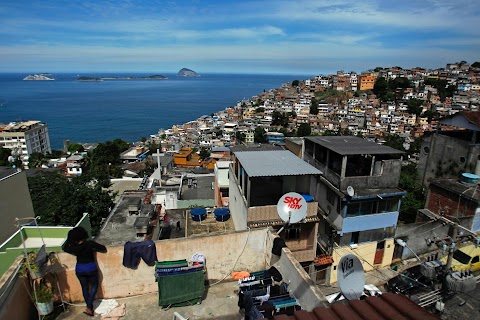 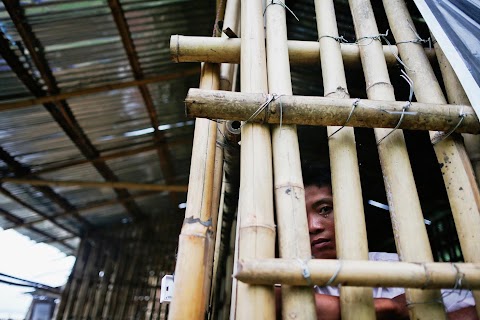