Daredevils flock to the San Fermin festival every year to test their speed and courage against charging bulls, which chase them down the cobbled streets of the Spanish city of Pamplona.

Sometimes, the runners are not quite nimble enough to avoid the bulls’ horns. Diego Miralles was one of the unlucky ones this year – he was gored three times by this bull in the legs and groin.

"I never thought sixty seconds could feel so long."

There are two types of bull run photographers, those who happen to be where the gorings take place and those who don’t.

I used to belong to the second group, but that changed on July 12 when a 31-year-old man from Castellon, eastern Spain, was gored three times almost underneath the balcony where I was shooting from during Pamplona’s world-famous San Fermin festival.

I had slept pretty badly the previous night. I never get much sleep throughout the festival anyhow, because I end up going to bed late and waking up very early to grab a spot along the route of the bull run.

There are tons of photographers, both local and foreign, at every post of the fence and it’s not easy to find a good place after 6.30 a.m. even if the bull run doesn’t start for another 90 minutes.

Luckily that day I was in no hurry, though. I had arranged with my cousin Amalia to shoot the running of the bulls from my uncle’s dentist clinic. Its highly coveted balconies face Estafeta street, a prime spot to see the runners sprint alongside the bulls during the morning “encierro”, which takes place at 8 a.m. every day from July 7th until July 14th.

I was born in Pamplona and even though I moved away at the age of 22, most of my family still reside there. My mother was born and raised in the same building where her father had his dental practice and where my uncle has his nowadays.

They both grew up watching the bull runs from the same balcony from which I took the photo of Diego Miralles getting gored by an El Pilar fighting bull named “Langostero”. I have been going to that very same balcony once every San Fermin festival since 2005, when I first started photographing the running of the bulls, but I had never documented such a terrifying moment before.

That morning my blood froze in my veins as I witnessed for a whole minute how “Langostero” repeatedly charged at Diego Miralles, goring him three times, in his groin and legs. I never thought sixty seconds could feel so long.

I kept on taking photos, trying to stay focused and still as the drama unfolded in front of my camera. For a while I heard nothing, I’m not sure if my brain just blocked the noise off or people went mute for a few seconds. And then, all of a sudden, I heard screams and the sobbing of a young girl that had come to the balcony with her family to watch the bull run.

The tears of a middle-aged woman followed. I didn’t put the camera down until I saw another runner help Diego Miralles get through the fence to receive medical treatment. And then I started shaking. I was in shock, like everyone else. I told the young girl not to worry, that he was going to be all right, but the truth is that I didn’t know. No one knew.

I regained my composure and left my uncle’s clinic. I took photos of Diego Miralles being taken away to the hospital and headed to my parents’ to send the pictures. Editing them was difficult, the photos were brutal, hard to look at. All of a sudden everything was painfully real, too real. The thought of his family crossed my mind. How would they react upon seeing their loved one with a bull’s horn tearing into him repeatedly? It turns out they had been watching the bull run live on TV and were already driving from their hometown in Castellon to Pamplona, fearing for his life.

Diego Miralles could have died the morning of July 12th. He is recovering well because luckily, the goring didn’t affect any vital organs. He said in a newspaper interview that he thanks San Fermin, Pamplona’s patron saint and protector of runners, for watching over him.

“Langostero”, the bull who could have killed him, was killed himself during the afternoon bullfight. The other five bulls that ran the “encierro” with him that morning met the same fate on the sand of Pamplona’s bullring. 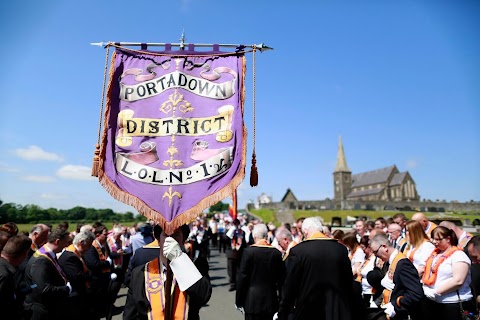 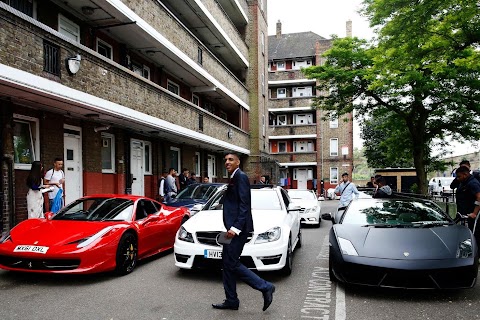 Ride of their lives